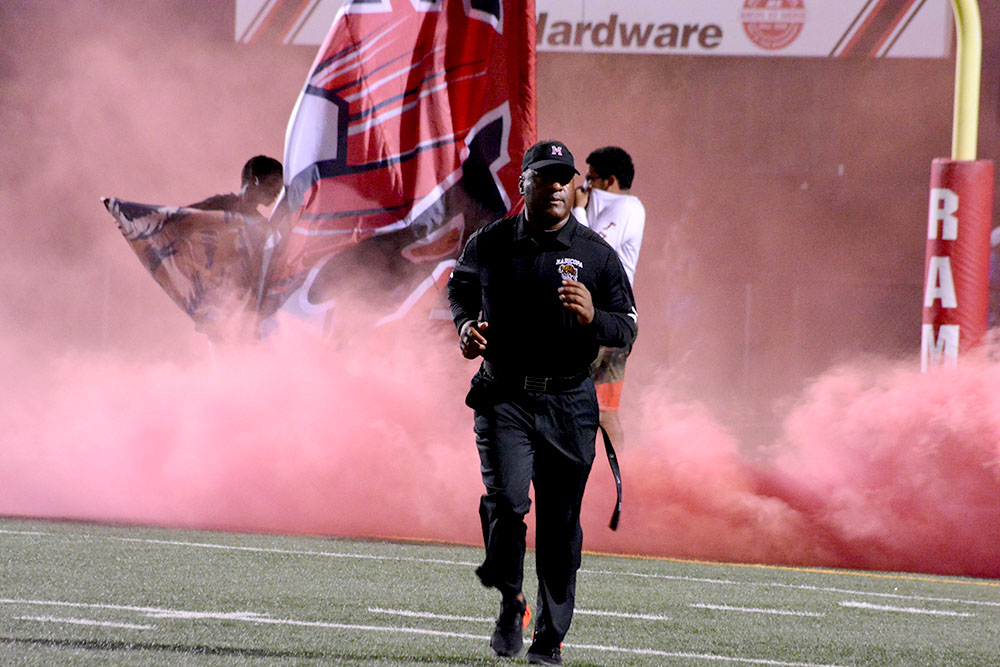 The scheduled beginning of the new school year is looming large in July, and schools are trying to plan their return approach.

Maricopa Unified School District meets in regular session Wednesday at 6:30 p.m. with a discussion of the re-opening options on the agenda. MUSD has a task force of subgroups on the case. The district hopes to have a complete plan to roll out to staff by June 30.

The athletics subgroup is tasked with “the correct and safe way to reopen athletics and extracurricular activities throughout the school district” following guidance by Arizona Interscholastic Association. That is partially underway, as fall sports like football were allowed to start practice June 1.

Maricopa High School football coach Brandon Harris hoped the AIA guidance would be more direct than it turned out to be.

“I wish the AIA would have taken a leadership position, but everybody’s in CYA mode, pretty much because they left it up to the member districts to determine,” Harris said. “So, some people are able to do certain things, and some people can’t. Some people started on the first, some people didn’t.”

For summer practice, the Rams players are separated into eight groups of 15. Monday, Wednesday and Friday, they are on the field and in the bleachers doing plyometrics and field conditioning. Tuesday and Thursday, there are eight sessions of 50-minute workouts.

“It makes for a long day, but it’s nice to have 13 guys on staff to help push that through,” Harris said. “And they’re doing a great job.”

In the first phase, no contact is allowed, and they are not using equipment. Starting Monday, they will be able to start using footballs, but there will still be no contact. The students are not allowed to congregate closely or use the same water bottle. In the weight room, each player is responsible for cleaning equipment under monitoring by a coach.

Harris said other schools are on different schedules. Desert Ridge, for instance, moved from 15 players per group to 30 in one week.

“We’re real proud of our kids,” he said. “I think three months sitting at home and getting minimal outside activity, they are raring to go.”

All together there are more than 100 students involved in the summer practice, varsity, junior varsity and some freshmen.

To add to the complexity of the situation, an AIA stipulation states there must be a COVID-19 point of contact for each team. That is Athletic Director Jake Neill, but Neill is leaving at the end of June and the new interim AD has not yet cycled in, nor has the new principal. So, Harris intends to turn to Vice Principal Heidi Vratil for that duty.

MUSD’s task force duties for the new school year are to be spelled out in a presentation to the governing board during this week’s meeting. The task force has six subgroups: teaching and learning, communications and partnerships, athletics and extracurriculars, technology, daily operations and finance, and health and safety.

If technology is working as it should, the meeting will be shown live on the MUSD’s YouTube page. The public can email comments about agenda items to the board or superintendent.

As discussed in an earlier meeting, the task force ideas mirrors those announced by the state’s Department of Education. That includes the possibilities of returning to campuses as normal, or using online learning only, or creating a hybrid of the two, or delaying the start of school.

The first day of school is still scheduled to be July 23, with a two-week fall break, two-week winter break and two-week spring break built into the calendar.

The concept of a hybrid has two models. One would divide students into morning and afternoon sessions on campus and have them learning online when not in the classroom. The second model, called a cohort hybrid, would have students on campus for regular hours two days a week, some on Mondays and Tuesday and others on Thursdays and Fridays, and the other days filled with online learning.