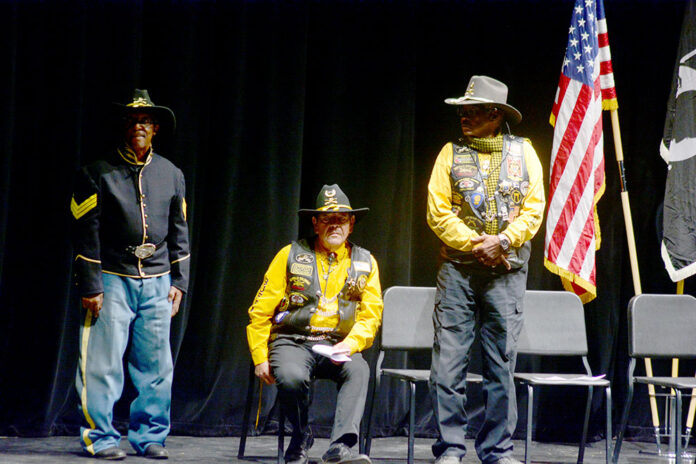 Three members of the Buffalo Soldiers of America, led by Arizona chapter President Chaz Jackson spoke to two sessions of students at Maricopa High School on Thursday, sharing the history of the military units comprised of African Americans from 1866 to 1948, when the military was desegregated. The units, primarily comprised of the 9th and 10th cavalries and the 24th and 25th infantries, were in action in the Plains Wars, where they picked up their informal moniker of buffalo soldiers from the Cheyenne, the Johnson County War, Victorio’s War, the Spanish-American War, the Philippines, World War I and World War II. They were stationed at Fort Huachuca for nearly 20 years. Leo Hernandez also spoke about the 201st Fighter Squadron, the Aztec Eagles. In sharing biographies of some outstanding servicemembers, the chapter representatives encouraged the students to talk to their parents and grandparents about their own family histories.