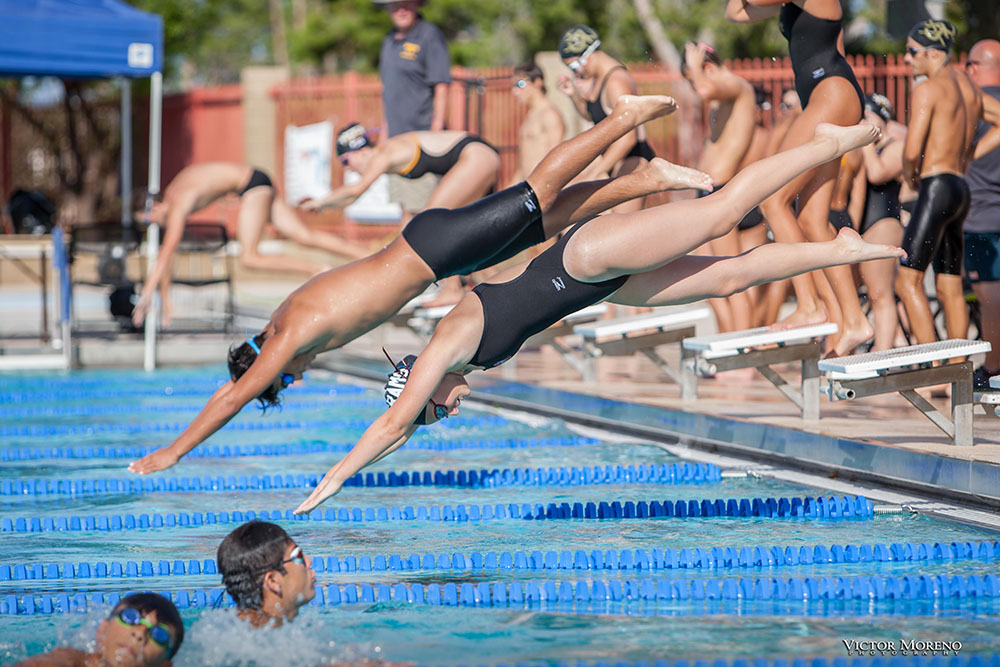 Maricopa High School swimmers showed marked improvement in their re-match with Apache Junction in a Tuesday meet hosted by Saguaro.

“The first meet of the season we had a tri-meet that involved Apache Junction, and our girls finished third behind AJ by 26 points,” head coach Laura Logan said. “Last night we finished second, ahead of AJ by nine points. The depth of our girls really stepped up and made the difference.”

The Rams did not win any events on the girls’ side but did come away with three second-place and five third-place finishes.

“Connor set another two school records, bringing his season total to four new school records,” Logan said. “Just as the girls, the depth of our team is what helped secure our second-place finish.”

Also scoring second place was Rafe Scoresby in the 200 IM.

Third-place finishers for the Rams were Victor Moreno in the 200 IM, Abel Rodriguez in the 100 fly, Scoresby in the 500 free, Bryan Perez in the 100 backstroke, Joseph Lambert in the 100 breaststroke and the 400 free relay team of Andrew Varga, Jayden Call, Perez and Scoresby.

Assessing distance learning and its fallout