Angelo Romero and Timothy Quiroz took their matches by forfeit in the 120 and 126 matches, respectively.

MHS senior Michael Peters won his 145 match over Efren Castro by a 6-3 decision. Zachary Kondravy defeated Gustavo Briones in the 152 class with a fall. Cody Long defeated Ricardo Lopez in 160 with a fall.

At 170, Nicholas Mooney defeated Hector Diaz with a fall. Carlos Pino downed Isaac Stubbs in 195 with a fall. Quinton Green defeated Angel Morales in the 220 class with a fall. Junior Hunter Taylor finished off the Maricopa scoring by downing Jose Solano in the 185 category with a fall.

Felipe Diaz took an 8-3 loss in the 182 class. Matthew Blodgett lost in the 138 class, and Colton Reed lost in the 132 class, both through takedowns.

Maricopa’s final competition of the regular season is Jan. 29 at Horizon High School, where the Rams are scheduled to meet Horizon and Notre Dame Prep.

The state championships are Feb. 13-14 and Findlay Toyota Center in Prescott Valley. 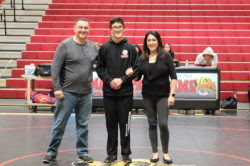 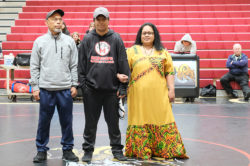 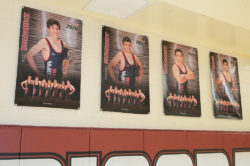 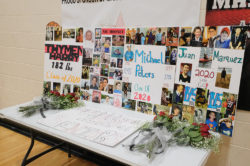 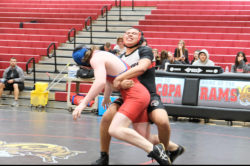 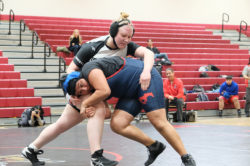 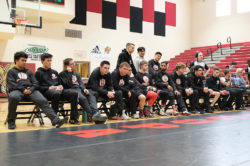 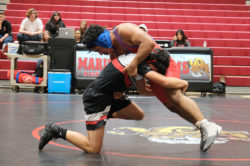 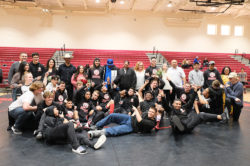 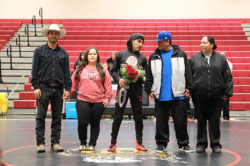 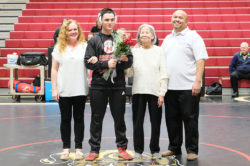