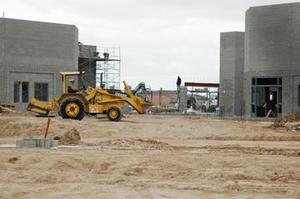 With three new schools and one expansion set to open this August, the Maricopa Unified School District is in the midst of a hiring frenzy.

“We have been approved for 50 new positions by the school board, but when it is all said and done we will have hired more than 100 teachers,” said Heidi Fawcett, director of Human Resources for the Maricopa Unified School District.

MUSD has 80 potential teachers in different stages along the hiring process.

“We have to verify credentials, do background checks and get board approval before the hiring’s can be finalized,” Fawcett said.

Of the 80 potential new hires, 50 have completed this process.

With such a large demand for educators, MUSD was forced to look outside of Arizona to recruit talent. Even so, it offers no relocation plan for those who are invited to do so.

According to Fawcett, about 25 of the potential new hires are relocating from other states where it has been actively recruiting, including Illinois, Michigan, Indiana, Ohio and Pennsylvania.

“In a lot of these states, teachers are having difficulties finding jobs,” Fawcett said. “We had one teacher who had been substituting for the past three years because she couldn’t find fulltime employment as a teacher.”

District officials are using a multitude of online tools to lure teachers to Maricopa. Representatives are also attending job fairs in Arizona.

They are also hoping they can convince any teachers who live in Maricopa and commuting to teach at schools outside of the district to consider working closer to home.

“We hired one teacher who was teaching in Chandler. We weren’t able to pay here as much, but when you take into account the time commuting consumes and the high gas prices, we are an attractive option to teachers who are currently commuting,” Fawcett said.

Much work to prepare for the new school year will still need to be done once the recruitment phase is complete.

“We are going to have to shuffle all of the students and the staff amongst the new schools,” Fawcett said, including Desert Wind Middle School, Butterfield Elementary and the remodeled version of Maricopa High School.

Fawcett said the news buildings were necessary because schools in the district are overcrowded and out of room.

“We have teachers teaching kids in the computer labs and on theater stages. We will welcome the opening of these new facilities,” she said.