Teachers participated in walk-ins at eight schools in the Maricopa Unified School District.

The protests typically lasted 30 minutes. Afterward, teachers entered their classrooms upon contract time. However, today’s statewide demonstration that did not disrupt the school day could evolve in the coming weeks.

Coalition leaders with Arizona Educators United prepped Arizona teachers for an impending walk-out in a video posted to Facebook April 9. AEU is expected to announce a walk-out date later this week or next.

“If your district does not have the superintendent support or the school board’s support, you may not be ready for a walk out,” warned Derek Harris in the video.

School administration and MUSD School Board members attended the walk-ins Wednesday and largely voiced their support of the walk-in demonstrations and increased state-funding.

However, Board Member Torri Anderson could not comment on what the board’s position could be if MUSD teachers decide to strike.

Anderson said a discussion between the board would need to take place along with its attorney before their stance could be announced.

“We’ll see what the next step is, but our teachers and our students deserve a world-class education so it’s time for the state to support that and really do what’s best for our students,” Anderson added.

Many frustrated teachers targeted Arizona Gov. Doug Ducey during the demonstrations and indicated support for the impending walk-out.

“If nobody will listen – and nobody that has the power to make change is willing to do that – if that’s the next step, I will do what needs to be done to make change,” said Shelly Fisher, a second grade teacher at Pima Butte Elementary. “But my students and my families come first – so my first job would be to take care of them, and if we can do this and still take care of them, then I would absolutely support (a walk-out).” 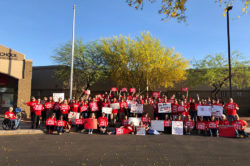 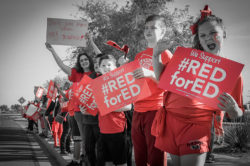 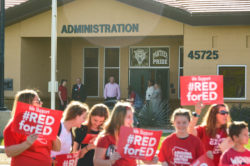 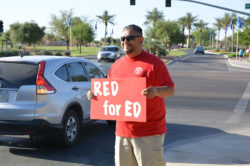 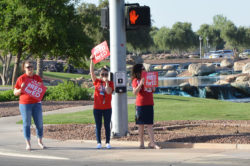 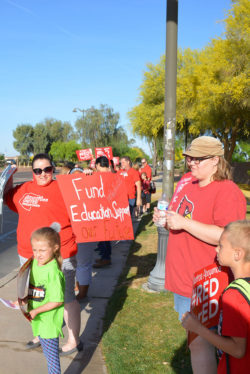 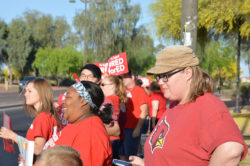 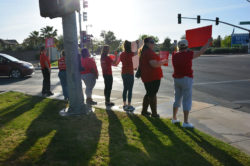 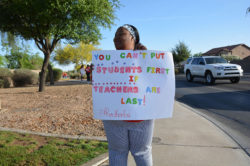 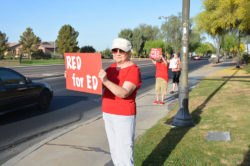 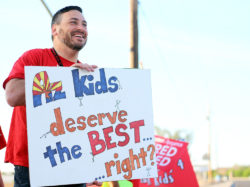 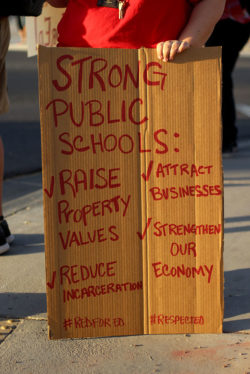 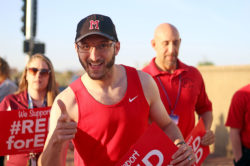 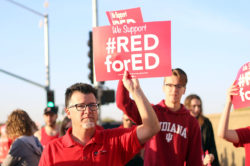 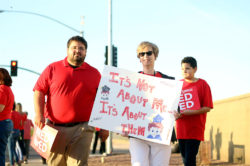