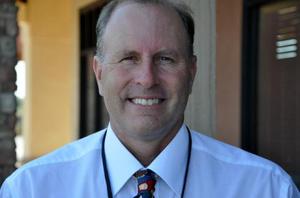 Maricopa Unified School District is extending an invitation for residents of the city to have input into its budget process.

The district is forming a citizen budget-advisory committee to help look at funding levels, cost-control measures and other issues pertaining to its 2010- 2011 fiscal-year budget.

“We want to get the input of parents and show them how the budget process works,” said Aron Rausch, business manager for MUSD. The goal of the committee is to hold once-a-month meetings, with the first several sessions focusing on the “ins and outs” of school budgeting. “It will be like school budgeting 101,” Rausch said.

The creation of this budget committee comes at a time when the district is experiencing an unknown budget future resulting in cuts at the state level. On Monday, the state legislature voted to slash nearly $160 million from school districts statewide, a move that will cost MUSD nearly $80,000 in capital.

Despite the cuts, MUSD Superintendent Jeff Kleck said no decisions have been made regarding possible cost-saving measures this fiscal year. The district’s position when dealing with budget shortages is to keep expense reductions as far from the classroom as possible, he said.

For more information or to sign up for the committee, e-mail Rausch at arausch@musd20.org.