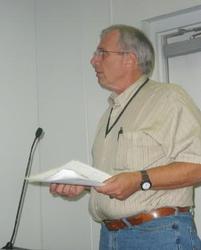 Wednesday night the school board approved a new misconduct form for bus drivers to use in the Maricopa Unified School District.

Transportation Director Charlie Hatt said the current form was not detailed enough, and there was confusion with the system regarding punishment, which led him to create the new form.

“With the new form there are two levels of violations,” Hatt said. “And if you get three strikes, you’re basically out.”

After the third offense of a level two violation, a student would be suspended from riding the bus for the remainder of the year. Level two violations include lighting matches on the bus, smoking, tampering with emergency equipment and physical assault on a student among other violations.

Hatt said he hopes to improve the process of submitting forms and informing the schools about violations along with the improvement of the form itself.

Once the bus driver turns the form into him, it would then go directly to the principal of the school, who would be in charge of informing the parents and handling the punishment.

Board member Tim White approved of the form but was concerned with the statement that allows principals to override a decision to suspend a student from riding the bus.

Hatt informed White it would only be for extenuating circumstances he and the bus driver might be unaware of, but that the principal knows.

Although it has happened before, Hatt reminded the board, kicking a student off a bus immediately following a violation is not permitted.

After discussing possible changes to the system which would keep the power to override the decision to suspend a student with the superintendent, the board approved the new form four to zero. Board President Jim Chaston was not in attendance.