When coronavirus became a public health concern weeks ago, municipalities across America took action to close down recreational programs and facilities that could not operate safely within prescribed social distancing guidelines.

So while trails, fields and the disc golf course at Copper Sky and Pacana Park could remain open with people carrying on safely at a six-foot distance from others, some facilities had to close, including the Multigenerational Complex as well as the outdoor basketball, tennis and pickleball courts.

The skate plaza at Copper Sky, an open, fully lit expanse of undulating concrete that opened about six years ago, also had to be shuttered.

Other cities and towns facing the same problem decided the best course of action was to fill their skateparks with sand. In Venice Beach, California, that meant moving sand a short distance from the beach.

Closer to home, however, the town of Queen Creek decided on a sandy shutdown of its facility at Mansel Carter Oasis Park after skaters bypassed temporary fencing to access the park, according to media reports. Subsequently, the municipality moved sand from volleyball courts in the park to discourage skaters.

But public outcry forced Queen Creek leaders to rethink that action and remove the sand.

Officials in Maricopa never seriously considered turning its skatepark into a sandscape, but Nathan Ullyot, director of the city’s Community Services Department, said there isn’t a perfect answer for such closures.

“We felt fencing the amenities allowed us to respond quickly and cleanly in a reopening effort, while sending a clear message that the park amenity was closed,” he said Thursday. “We don’t want to do more than is prudent and efficient with taxpayer dollars.”

The city installed the temporary fence on April 4, in accordance with Gov. Doug Ducey’s order of a day earlier. For the most part, residents are respecting the fence, but Ullyot said park staff has reported some breaches by skaters after 4 p.m., when the park is unsupervised.

“When it happens,” he said, “park patrons utilizing the park are calling the police department. The police come out to enforce the closure and then call maintenance to restore the fence if necessary. Most are respecting the closure, and incidents are an irregular occurrence.”

Ullyot said some residents have questioned the need for restricting the use of public facilities, but that most residents have accepted them as necessary.

“Most have understood the decision as a part of the process and in response to the governor’s order,” he said.

Parks and recreation facilities will only reopen in conjunction with national, state and county communication, he added. 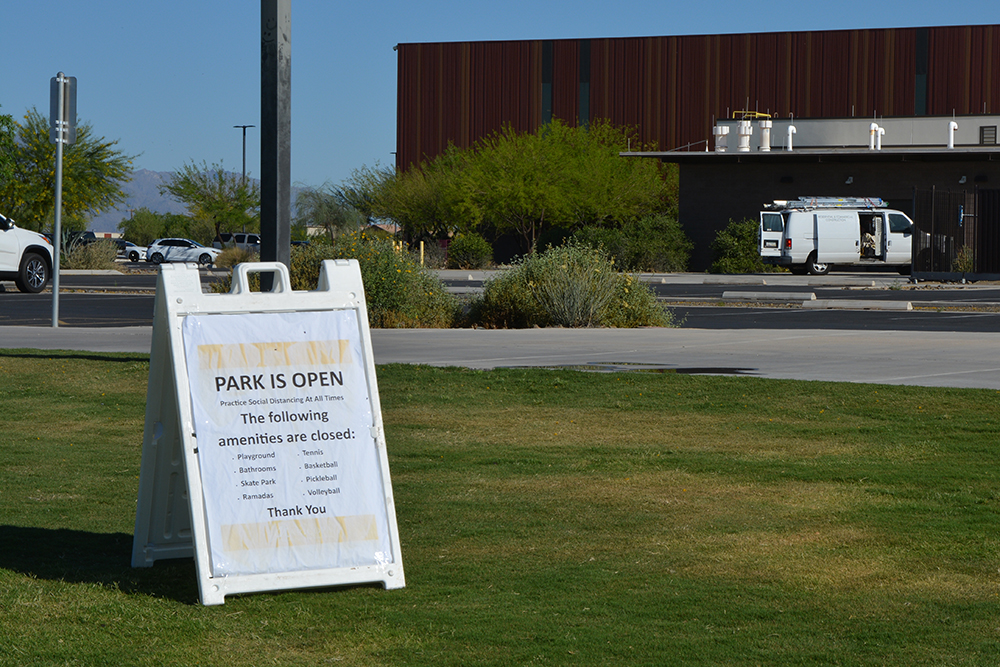 Yet another way COVID-19 is short-changing businesses