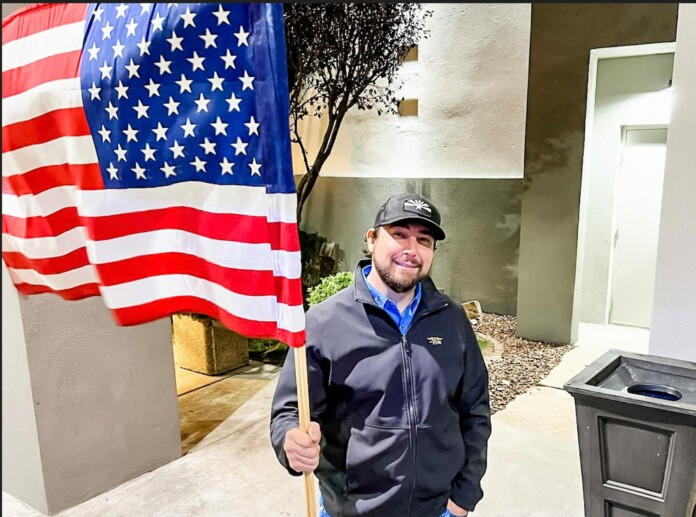 “There’s no denying that my team and I are incredibly disappointed in these results, but I thank the families of the First District for giving me the opportunity to serve you these last six years,” O’Halleran said in his concession statement. “I thank my opponent for a well-fought and challenging race and wish him all the best in his service to Arizona’s Second District.”

“Thank you to everyone in AZ-02 for pushing us over the finish line in our run for Congress,” Crane said in a statement following O’Halleran’s concession. “It’s been a hell of a ride and we’re just getting started.”

Crane, who was endorsed by former President Donald Trump, is a combat veteran of 13 years who had five wartime deployments, three in the Middle East. He and his wife Jen live in the Tucson area and created a bottle-opener company that was featured on the television show, Shark Tank, which supports and employs veterans nationwide.

O’Halleran, seeking a fourth term in the House, represented District 1 for three terms. Redistricting saw him move to District 2 for this election cycle.

O’Halleran, a resident of unincorporated Yavapai county, served in the Arizona House of Representatives 2001-06 and the state Senate 2007-09 as a Republican. He changed parties in 2014.

He joined the Chicago Police Department at age 20, and became a sergeant in a Special Operations Unit and later was among the youngest in Chicago history to be commissioned a homicide investigator. Following his police career, O’Halleran became a member of the Chicago Board of Trade and served two terms on the Exchange’s Board of Directors.

Arizona’s 2nd Congressional District is the state’s largest in area and includes all or part of 11 of the state’s 15 counties. It includes all of Apache, Coconino, Graham, Greenlee and Navajo counties and parts of Gila, Maricopa, Mohave, Pima, Pinal and Yavapai.

“I want to thank the hardworking Arizonans that made calls, knocked on doors and engaged voters, especially the unparalleled staff on Team O’Halleran,” O’Halleran said. “I cannot begin to express my gratitude to this uniquely giving, intelligent and truly dedicated group of people.

“Whether they voted by mail or in person, Arizonans turned out and participated in our democracy this year. And an essential part of that democracy is a peaceful transfer of power, at every level of government.”