Opening day of the Apex Motor Club in Maricopa is inching closer.

The massive $40 million project was only on paper for the past three years. Matt Williams, vice-president and co-founder of the Apex Motor Club, said on the first day the track was completed, “This is kind of our ‘field of dreams’ moment. It feels pretty good. I had an exciting drive to work this morning. I couldn’t wait to get here.”

He said the morning of March 11, he wasn’t sure just how many times he traveled on the course. He wasn’t up to speed in his 2016 Porsche as the track was still being worked on in spots.

“I’ve been around it quite a few times actually,” he said. “We had about 15 guys out here this morning to check it out.”

“And we have another 140 acres just to the north that will allow us to continue our expansion. It will be three tracks, but it will have the ability to be combined to one that will be 4.2 miles. It’s very long,” he said.

“So, there are no seams,” Williams said. “There’s not a seam on the asphalt anywhere. It was three pavers side-by-side to get the 40-foot width.” 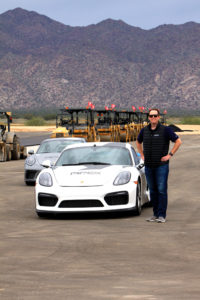 The Apex track is a road course but it’s a fast road course, according to Williams. Speeds might reach 160 mph in a special car on the long straightaway.

“A lot of that is going to depend on what kind of a car you’re driving,” he said. “We have members with open-style, Indy-type cars, vintage cars and modern stuff. They all do different things on a road course like this. Some cars might do 160 while others just aren’t capable of going that fast.”

The unique features of the Apex track are the long 3,400-foot straightaway, elevation changes, the bus stop chicane and turn 6 is slightly banked and on camber.

The track is touted as the longest in Arizona. Williams said there are some “club tracks” as long and even longer. He said there is one near Las Vegas that is 7.5 miles. One in Chicago is over 4 miles, and one outside Palm Springs is just over 5 miles.

Maricopa’s Apex track is a membership track, a private club people join for the use of the facilities. Car condos will be constructed in “Gasoline Alley” fashion to house up to 30 cars inside each 300-by-50-foot building for those willing to pay for the privilege.

A clubhouse will be built at the track, complete with a restaurant and pool. The concept of Apex is to turn the sport of driving into a commodity, much like what has been done with the sport of golf. 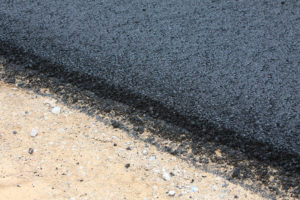 “Where you can get in and get out in four or five hours and you’re done with it,” Williams said. “We thought we might be onto something. My business partner and I both have kids and we have other things that happen in life, like kids, sports and work. We thought if we could get something that is close to everybody, where they could get in and get out and you don’t have to be gone for an entire weekend to get your car-guy fix, that we could probably build a business out of it. That’s what we did. There are not very many of these.”

Private Motorsports Group, which owns Apex, and the City of Maricopa had to deal with two lawsuits since 2017 over city zoning for the project. Both cases were ultimately dismissed by the Arizona judiciary but delayed the project. In the middle of all that stress, Apex President Jason Plotke said, “It’s just been a very welcoming and enjoyable experience.”

Next for Apex is the construction of the car condos over the next two months. Then the project can start adding the second phase track expansion to the north and the clubhouse.

Williams told members the track will be “fully up and running in April.”

“We’re going to do a ribbon cutting and some other things – but we’re close, real close,” he said. 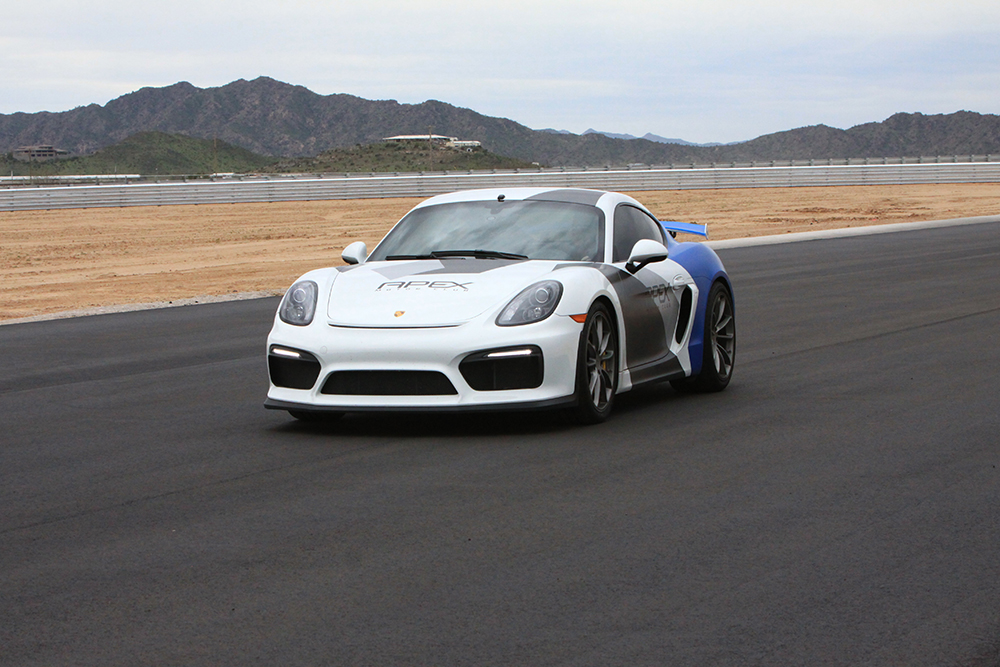