Maricopa’s online shoppers have contributed more than three-quarters of a million dollars to local coffers.

Since Arizona added remote sales to the list of businesses from which it could collect transaction privilege tax (sales tax), Maricopa’s portion has added up to $821,607, according to the Department of Revenue. Those collections, on companies such Amazon and Wayfair, started in November 2019. 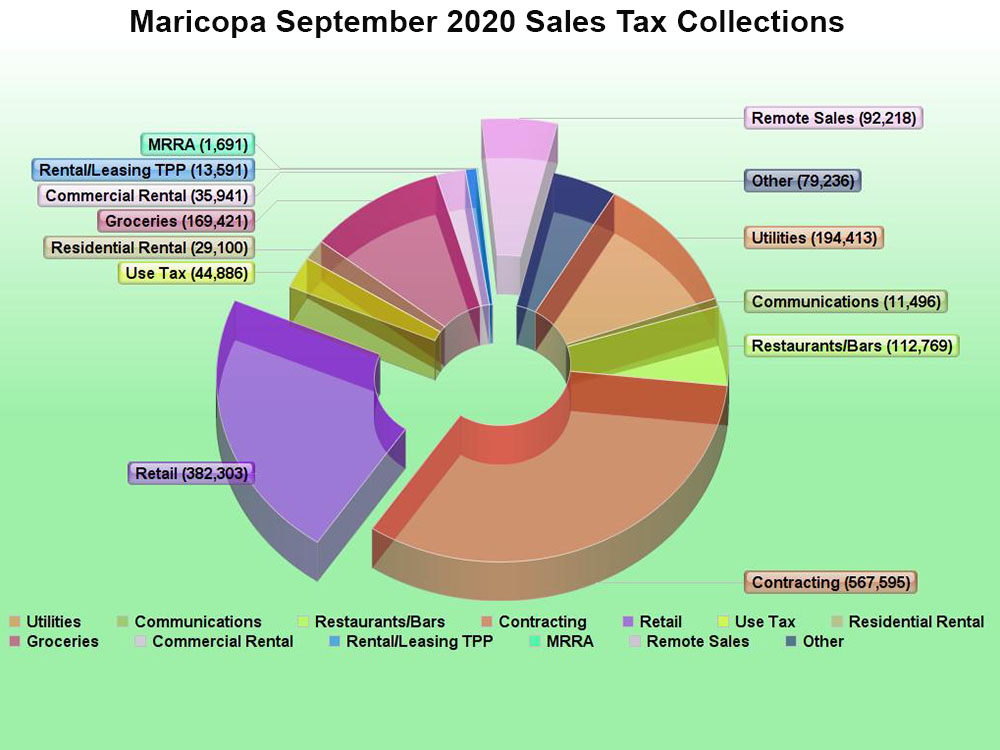 Last fiscal year, remote sales were responsible for 16% of Maricopa’s sales tax growth. It accounted for 3% of the overall sales tax collections.

The ADOR numbers show that remote sales have delivered more than $90,000 in sales tax each month since May as pandemic measures took hold. In August, that number was just shy of $100,000. That was still only about 25% of the intake seen at in-person retail locations.

In September, remote sales were 5% of Maricopa’s total sales tax collection of $1.7 million. That was up from $1.6 million in August. The September 2019 total (which did not yet include remote sales) was $1.4 million.

Year over year, most major categories showed income increases in September. Restaurants were up 38%. Retail was up 30%. Utilities increased 15%. Construction contracting was up 12%. Grocery buying rose 4%. 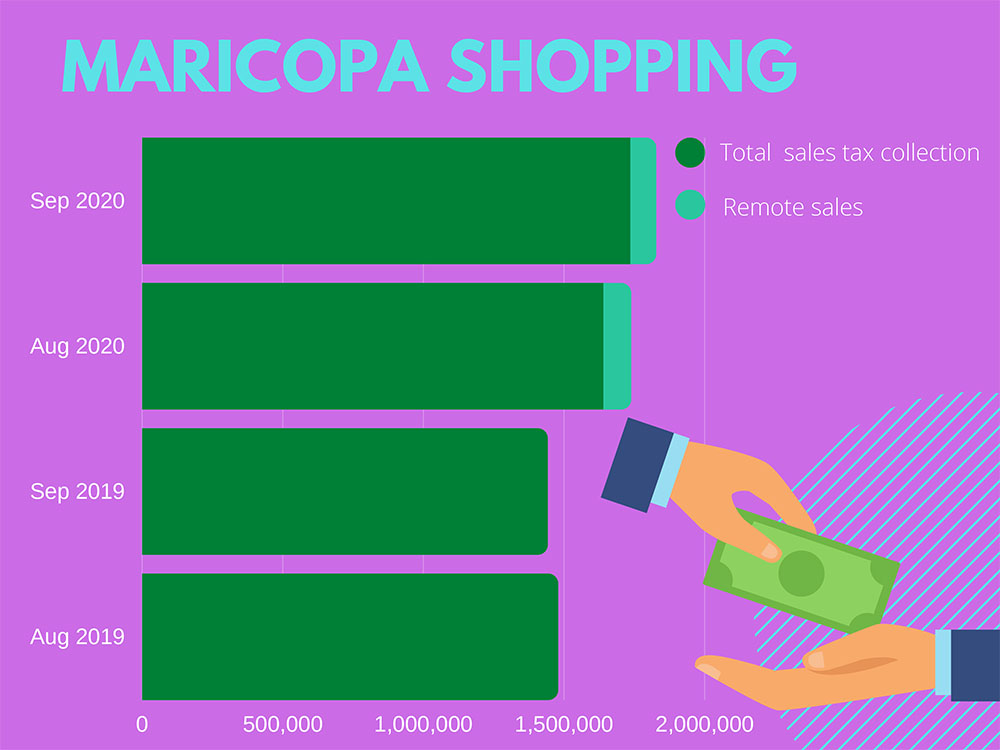