CEO Mark Plitzuweit announced the future construction of a 14,000-square-foot building, a $3 million project. He said Edkey has been working since the summer to get financing in place, intended to be the proceeds of a bond issued by a county Industrial Development Authority.

The planned facility will have 12 classrooms, three offices, storage and restrooms along with about 25 more parking spaces. The building is to be next to the high school/junior high.

Plitzuweit said the new building will not increase student capacity.

“The plan is to maintain the current staffing model and adjust as needed based on population,” he said.

Despite recent terminations, the secondary school currently has only one full-time teaching opening and three certified, long-term substitutes. (The school’s website has been offline since October’s student protests over faculty changes.)

Most of the pre-manufactured buildings that have been on campus since the charter school opened in 2009 will be removed from the area between the elementary school and the secondary school and replaced with a “common area grass field.”

Edkey borrowed $14 million in 2010 to buy the land and build the elementary building. In 2013, it borrowed $7 for 2.5 million acres to add to the original building and build the high school and gym. 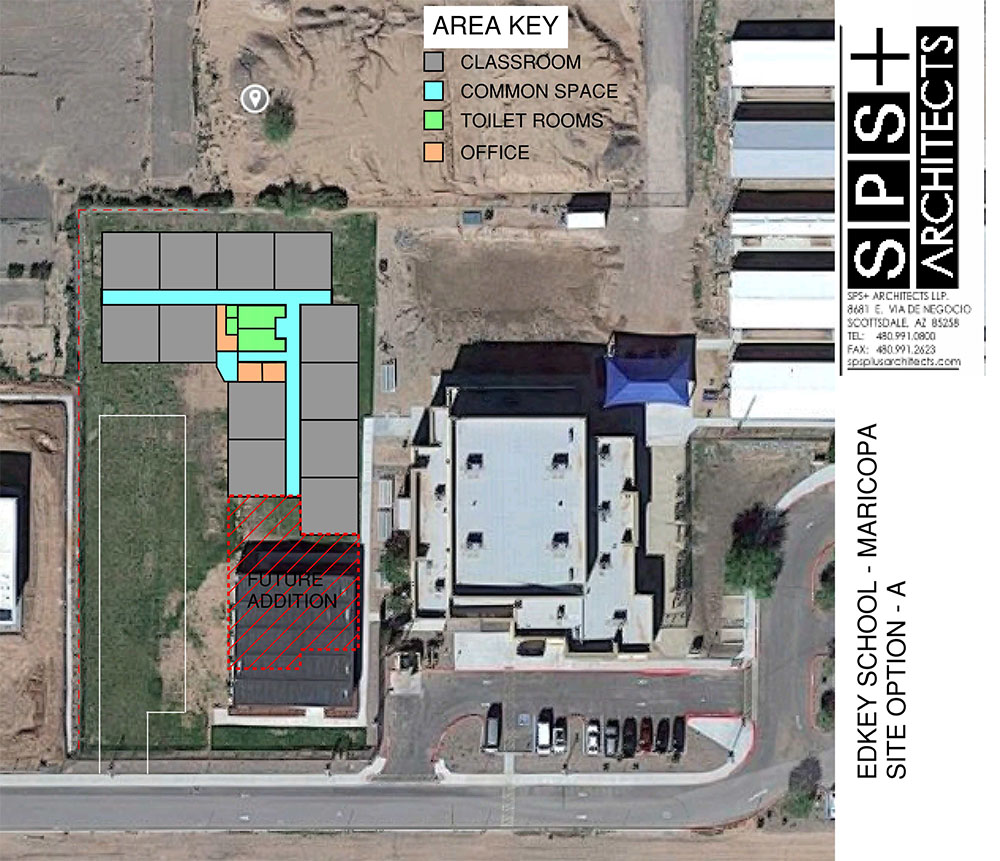