Residents of Pinal County may not be all that great at staying home during the COVID-19 pandemic.

A company that tracks GPS data has handed out letter grades across the nation and gave Pinal County a D for social distancing. The company, Unacast, watched frequency and distance of travel on a daily basis.

The state overall received a C. The lightest day of travel by Arizonans in the past week, not surprisingly, was Sunday, which saw a 36% drop in the average distance traveled.

In Pinal County, that decline was 26%.

However, on Monday, people started moving around again to start the workweek, and the number of mobile phones on the road increased dramatically. Coincidentally, there was a dramatic increase in the number of confirmed cases of COVID-19 announced.

While statewide there was a steady slide of drivers on the road between March 16 and March 22, those in Pinal County mostly stayed within their average travel routines until the weekend. Pinal’s average distance traveled since Feb. 28 is down only 16%.

Ten of Arizona’s 15 counties received an F from Unacast, but they are rural counties where most areas require driving long distances to shop for basics.

Maricopa County scored highest, getting an A on Sunday and now boasting a B. Pima and Yavapai have C’s, and Greenlee has a D.

Arizona itself is far more rural than other states with similar populations and as a result has far fewer COVID-19 cases and far fewer related deaths. Like Arizona, Washington scored a C on the GPS social-distancing metric, but Massachusetts had B for its efforts. 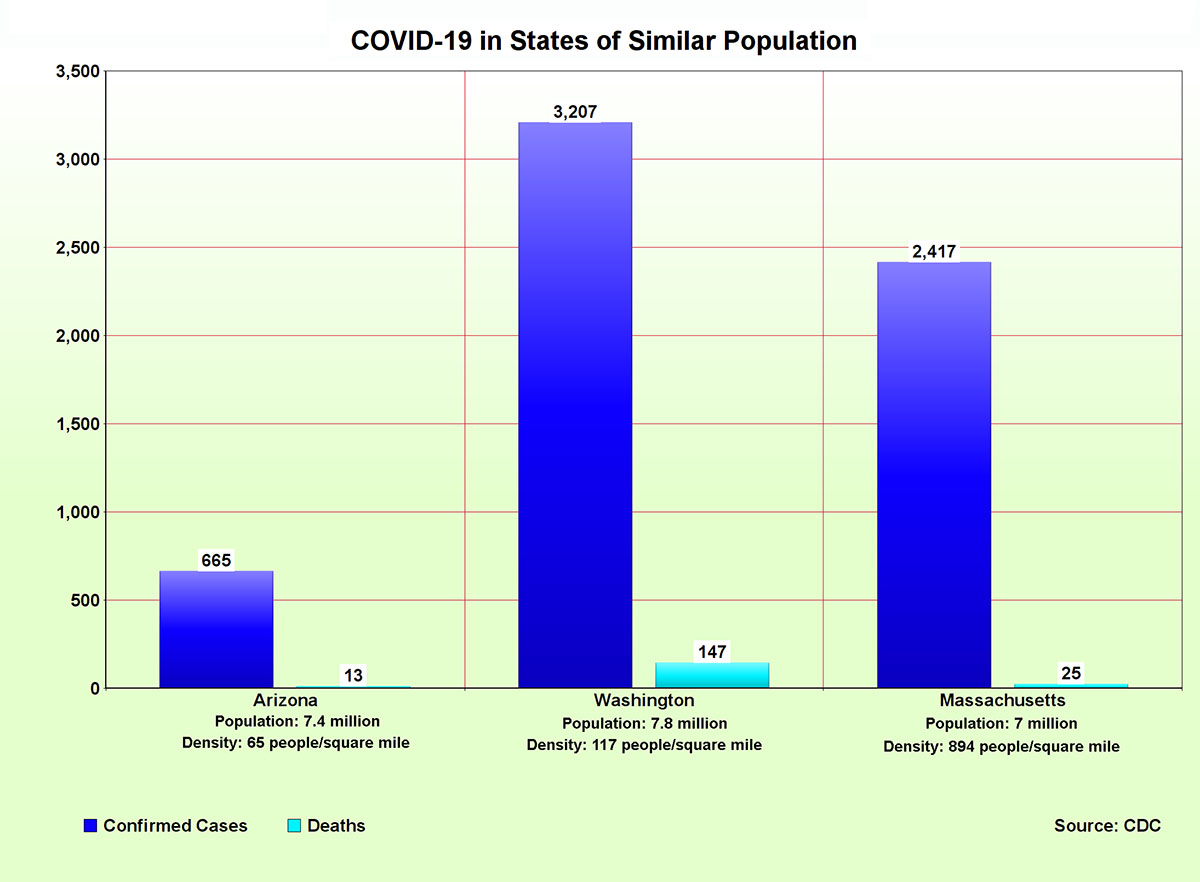 Trump urges churches to reopen, but Our Lady of Grace divines a slower course

Flags to fly at half-staff to honor coronavirus victims