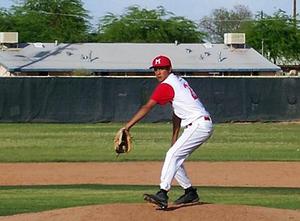 The Pittsburgh Pirates may have not fielded a winning team for more than a decade now, but that doesn’t mean they are not developing young talent.

The Pittsburgh Pirates Tryout Camp comes to Maricopa High School’s Matt Huffman Field this Saturday. The camp, an open tryout for youths at least 17 years of age, kicks off at 8 a.m.

Youngsters in Maricopa and other parts of Pinal County are welcome to attend the camp. Participants must bring their own bats, balls and gloves. There is no fee to participate, and water will be provided.

Leading the camp will be scout Ted Williams. It was Williams who coached Matt Huffman when he played for a baseball travel team in Phoenix. Huffman was a senior at Maricopa High School when he died unexpectedly in 2002. Huffman had been awarded a baseball scholarship to Indiana State University.

Huffman’s father, Greg, said the goal of the camp is to give players an opportunity to go to the next level. “For some it may be college baseball, for others it may be the minors,” Huffman said. “For all it is an opportunity; a chance to be seen by a Major League scout. I think that is huge for young men on a number of levels whether baseball is in their future or not.”

According to Huffman, the camp has averaged 35 to 40 players over the last four years. “Because of the construction (high school field) this year and the short notice to the public, our numbers may be down, but that is not a concern to Ted,” Huffman noted. “He told me that as long as he is a scout and Maricopa wants him to return, he will continue the camp on Matt Huffman Field every year.”