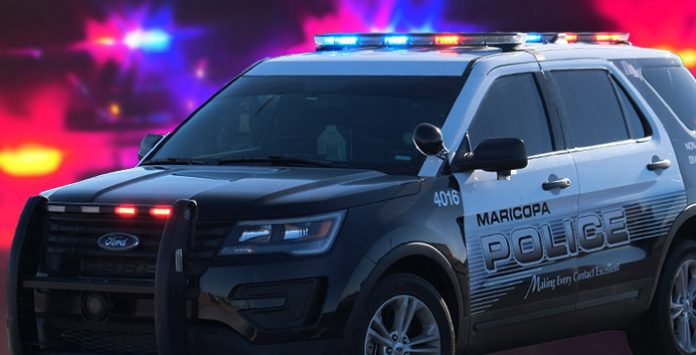 A woman was arrested Wednesday afternoon after she allegedly tried to steal merchandise from Walmart, police said.

Danette A. Jose, 45, was charged with shoplifting, according to police.

Police also found two felony drug-related warrants out for her arrest, according to a probable cause statement.

At 2:20 p.m., officers were dispatched to Walmart at 41650 W. Maricopa-Casa Grande Highway for a report of shoplifting, police said.

According to the probable cause statement, a Walmart worker called police and reported a woman had been detained for allegedly attempting to steal $423 worth of merchandise.

Officers talked with Jose and discovered she had two outstanding warrants for possession of dangerous drugs, police said.

Jose allegedly told officers she went to Walmart to steal food and alcohol for her family, and admitted that she knew it was wrong and a mistake, the probable cause statement said.

Jose was booked into Pinal County Jail, where she remained as of Monday morning, according to an online database.