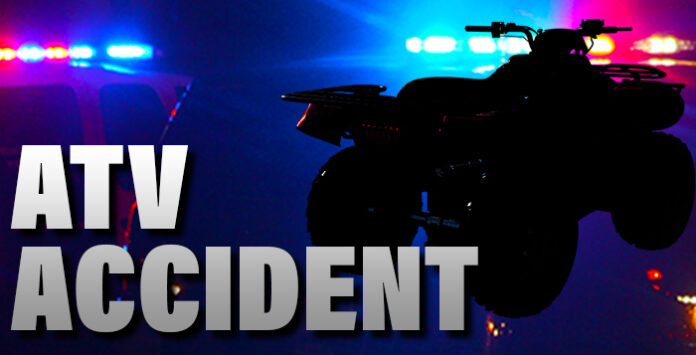 The rider of an ATV involved in an accident Thursday night was actually injured in a collision with a car.

He was identified by Maricopa police as Arturo Bandin.

Despite earlier reports, police now say the all-terrain vehicle collided with a Honda Civic on Honeycutt Road at the entrance to Glennwilde about 7:30 p.m. Thursday. They believe Bandin was under the influence of alcohol before the collision.

According to police, in the minutes before the crash, they received a report that Bandin had left his home in an impaired state. During a search for him, officers were interviewing family members at a home on Pershing Avenue when a report of an ATV crash came in.

At the scene, a female driver of the Civic and her male passenger told police they were heading west on Honeycutt Road and attempted to turn into the Glennwilde subdivision when the ATV, allegedly traveling at a high rate of speed without its headlights on, collided with their car.

The driver reported she saw the ATV too late to react, police said.

Police, who recognized Bandin from previous contacts, found him conscious at the scene and able to answer basic questions. He was bleeding from his head and limbs, police said.

In the incident report, an officer wrote that “due to concerns over COVID-19 I avoided getting too close to Arturo’s mouth and face so I was not able to determine if there was an odor of an intoxicating beverage.”

Bandin allegedly told police that he had not come from home, but was going from one friend’s house to another. According to police, Bandin’s father told them his son had drunk “way too much” prior to leaving on the ATV.

Bandin was taken to Chandler Regional Medical Center for treatment of his injuries. He was subsequently taken into custody by a deputy U.S. marshal on a federal warrant. Results of blood tests on the DUI charges are still pending, authorities said.