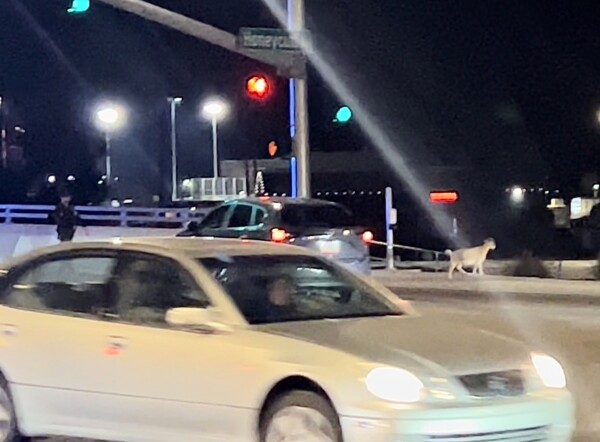 A goat, suspected of nothing more than wandering in traffic and causing delays Monday evening, was not apprehended by Maricopa officers, however they shooed it off the North John Wayne Parkway railroad overpass until its owner arrived to claim it.

At about 5:40 p.m., Maricopa Police received several calls of a goat on the overpass.

Upon officers’ arrival, the goat was on the south end of the overpass in northbound lanes, police said.

Officers stopped traffic while the goat continued running around on the road with officers in hot pursuit.

Eventually, officers chased the goat off the roadway, and about 10 minutes later a person arrived, claimed ownership and took the goat into custody.

The person claiming ownership of the wayward animal told officers someone had left a gate open, and not one but two goats had escaped.

The goats were reined but not arraigned – averting the potential agony of the owners discovering that someone got their goat.