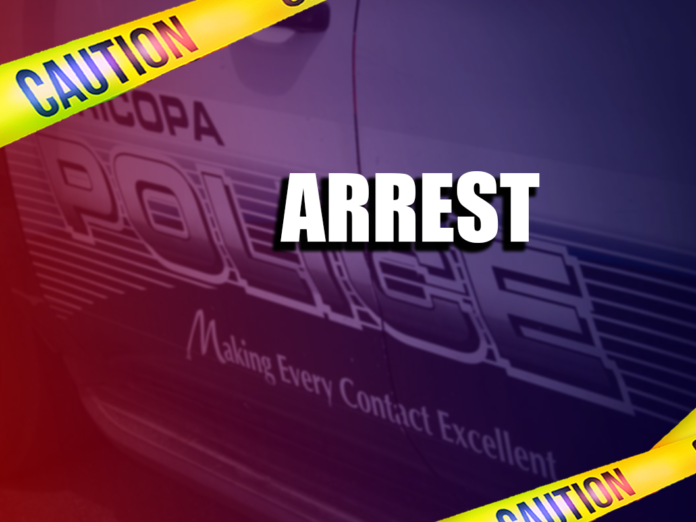 At about 12:50 a.m. Wednesday, a Maricopa Police officer saw an eastbound gray pickup truck on West Edison Road run the light, stop in the middle of the intersection and then turn right onto southbound North John Wayne Parkway, according to the probable-cause statement.

According to police, while the officer was behind the vehicle, the truck was seen veering right, into the bicycle lane, and left between two lanes. The vehicle accelerated to 55 miles per hour in a 35-mph zone.

The vehicle was stopped by police near North Maricopa Road and Honeycutt Road, where officers contacted Soto in the driver’s seat.

Police described Soto as “pale and clammy” during the stop, and said he was having trouble focusing on them. Officers reported smelling the odor of intoxicants coming from the vehicle.

Soto admitted to drinking one shot of Jägermeister, police said.

During a field sobriety test, Soto had difficulty keeping his balance, police reported.

According to the probable-cause statement, Soto was told he was being arrested for driving under the influence. He tried to walk away and pulled away from officers. Soto reportedly passively resisted arrest by tensing his arms and preventing officers from putting his arms behind his back.

During a search following Soto’s arrest, two clear baggies were reportedly found in Soto’s pocket. The baggies contained 9.1 grams of a substance that later tested positive for methamphetamine and 9.5 grams of cocaine when officers used the police TruNarc scanner, police said.

Soto did not give police consent to test his blood. Maricopa Police obtained a warrant for the man’s blood, and lab results are pending.