The Maricopa Police Department hosted the City’s Sept. 11 Remembrance Ceremony at its substation at Copper Sky.

The ceremony is the city’s third annual memorial of the Sept. 11 attacks and the only official memorial held in the rural area south of Phoenix. While other suburbs were invited to participate in memorials held in Phoenix and Tempe, the City of Maricopa has held its own Remembrance Ceremony for Sept. 11 for the last three years at the MPD substation and for the previous nine years, going back to 2007, at local elementary schools, said Ricardo Alvarado, MPD’s public information officer.

MPD Commander James Hughes and Fire Chief Brady Leffler with Maricopa Fire/Medical Department both spoke at the memorial to honor the first responders and civilians who had fallen or were still affected by the attacks 18 years ago.

The city has experienced substantial growth over the last few years, expanding from a small, rural town to a semi-rural, small city. Even so, the community continues to hold multiple annual events year-round, often organized by city departments or volunteer organizations.

The MPD substation’s memorial monument was built and opened to the public by the Maricopa Police Department Foundation to honor fallen officers and their families. It became an obvious place to pay tribute to the 2,977 people who died in the Sept. 11, 2001, attacks.

Vice Mayor Henry Wade and Councilmember Rich Vitiello spoke at the memorial. Vitiello, a former resident of New York, shared more of his memories of the attack after the ceremony.

“It was the worst day, to me, in American history. It crushed me as a person, to see innocent people die and the people that are still dying because of it,” Vitiello said. “Innocent people died for no reason, for selfishness and hatred.”

MPD invites elected officials to speak at the ceremony.

“As a first responder, you have a different view of how things are portrayed because you can be called on at any time to go into a situation where you don’t go home the next day,” Leffler said. “It resonates very loudly with first responders.”

The MPD plans to continue these memorials annually as younger generations are reminded of the historic tragedy that took place before they were born.

Shortly after the Remembrance Ceremony, the MPD traveled to Legacy Traditional School to hold another 9/11 memorial service. The police department will continue to host its annual ceremony at the memorial monument for the community to gather close to home.

Joycelyn Cabrera is a graduate of Maricopa High School and a student at the ASU Walter Cronkite School of Journalism. 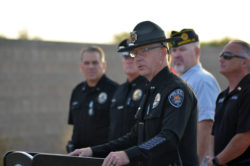 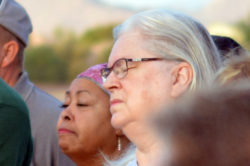 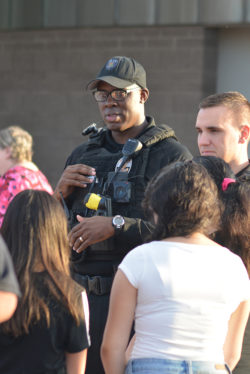 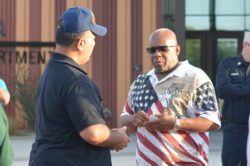 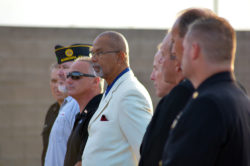 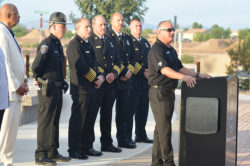 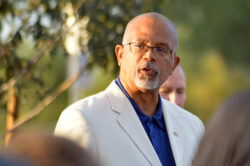 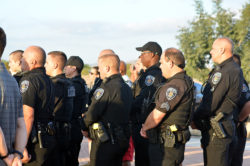 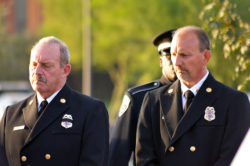 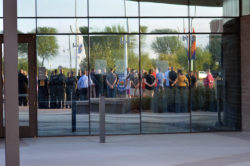 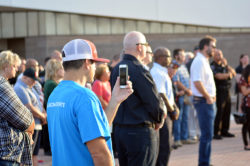 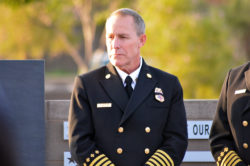 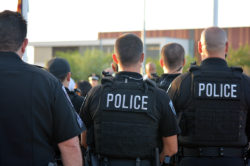 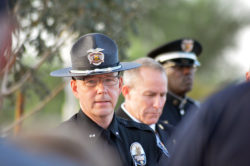