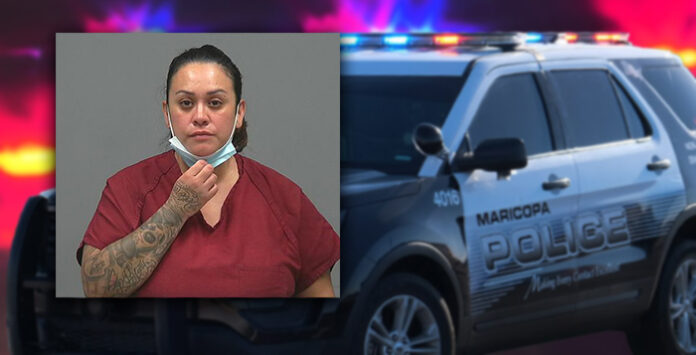 A Maricopa woman is facing assault charges after her arrest early Thursday morning.

Katrina Montano, 37, was charged with aggravated assault and two counts of criminal damage after an incident with her husband, police said.

Around 5 a.m. Maricopa police said they were dispatched to a home on West Almira Drive in Glennwilde for a report of an alleged assault. Arriving at the residence, officers made contact with Katrina Montano and questioned her about the situation, police said. Montano told police that she had driven to another woman’s house in Homestead to confront her husband, identified as Estevan Montano, for allegedly cheating on her, police said.

According to the police report, Montano said she located her husband on the side of the woman’s home and struck him several times in the face and back with a baseball bat. Several windows were also damaged at the home as well as the front door and Estevan Montano’s vehicle, according to police.