Review permits for a rental housing development and an RV storage complex both received the approval of Maricopa Planning & Zoning Commission on Monday.

The Bungalows on Bowlin is planned for 196 housing units, a combination of detached homes and multi-family duplexes. The project is a little more than half of the empty acreage on the northwest corner of John Wayne Parkway and Bowlin Road.

Along with the residences, the plan includes 426 parking spaces, covered and uncovered. There would also be 60 garages, some included with homes and some for rent.

Mark Reddie of RVi Planning and Landscape Architecture requested a development review permit for the project and rezoning for residential. The main entry/exit point is to be off Bowlin Road, with an additional exit-only on the north side as well. 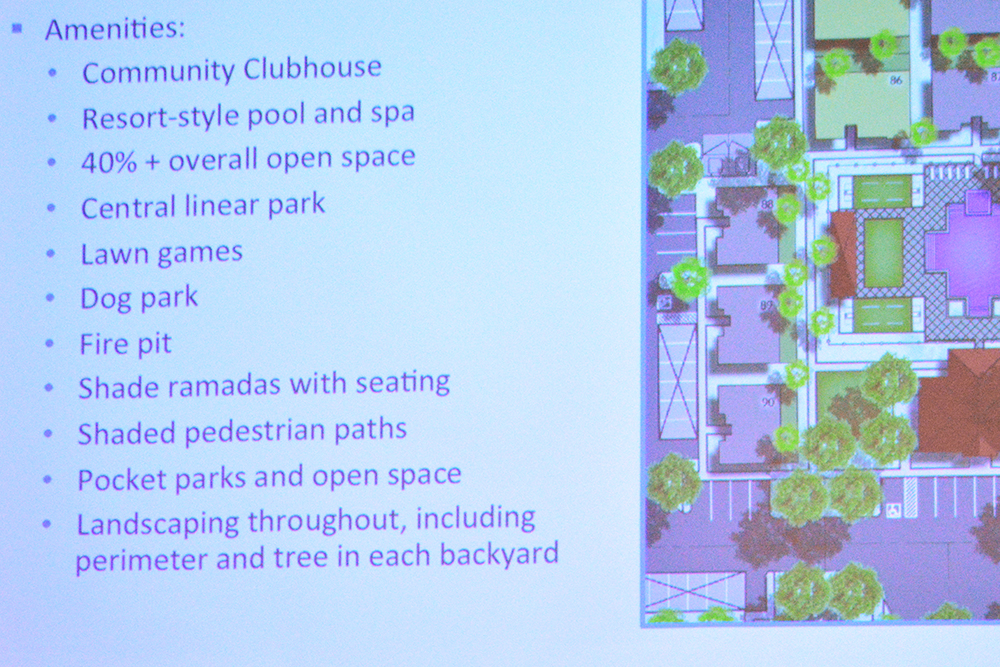 The commissioners were uniformly in favor the project as presented, though Commissioner Jim Irving asked developers to keep in mind the additional traffic it would bring to an area that is close to Maricopa Elementary School.

Reddie said Bungalows on Bowlin is to be professionally managed, and no renters would be responsible for maintenance and upkeep. He also said the development would provide a buffer for the current housing on its west side.

The City received no comments of opposition to the project. 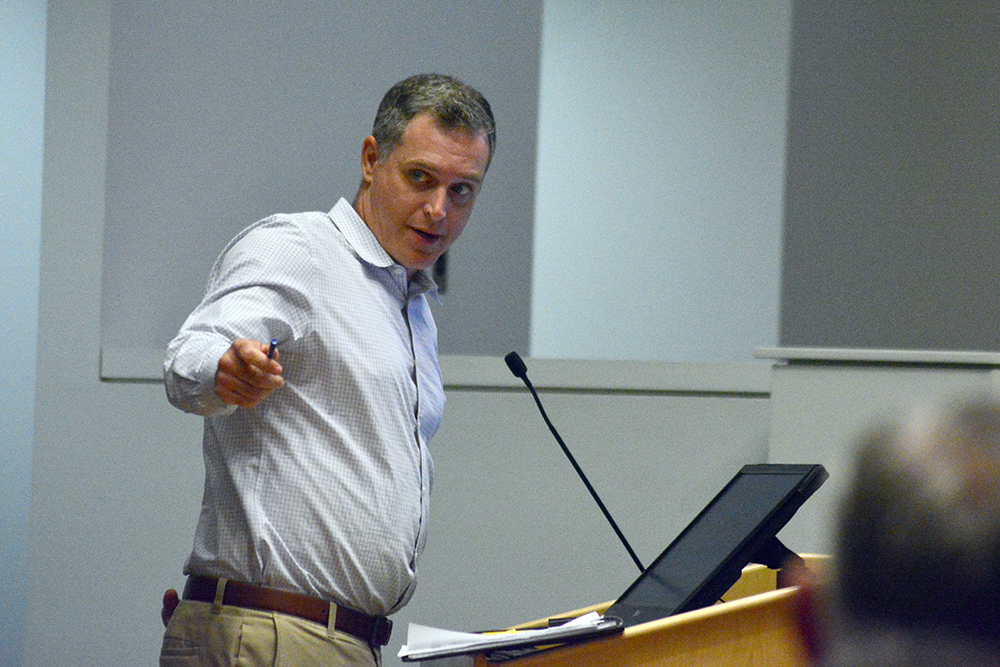 At the proposed RV storage complex called MC Estates, however, there were a couple of neighbors who did not like the potential of noise, lights and “rooftop parties.”

As proposed by owner Duane Rudnick, MC Estates would be comprised of RV garages that would also have space for “man cave” activities. Owner described the project as echoing his intent to have a place to store his RV that could also be a place to indulge in his arts & crafts hobbies away from his Province home.

But the combination of uses caused the commissioners to hesitate.

“So which one is it?” Michael Sharpe asked. “Is it a hobby shop that we’re looking at and that’s what we have to judge and make a decision on, i.e. industrial flex space, or is it truly storage?”

Wazniak said the zoning code “doesn’t describe this combination of uses. We have to use our best judgment.”

Rudnick said the property would be owned and managed by those buying into the concept. Like a homeowners’ association, it would have “covenants, conditions and restrictions.” He said members would be buying into a higher-end community with a board of directors, self-managed by the association.

Wazniak noted the sliver of property off Farrell Road is bordered by residential areas and reminded the commission that Farrell is a “significant regional corridor,” which is expected to be part of an east-west corridor to Casa Grande.

Both the Bungalows on Bowlin and MC Estates required hearings on zoning map amendments and general plan amendments. Though around 15 residents attended, no one addressed the commission.

City Hall closing to the public