The idea of a new library has floated under the radar for years, sometimes spoken of wistfully and often completely unknown by newcomers. 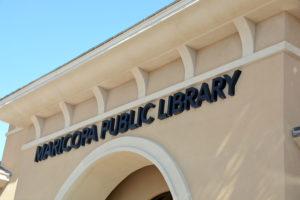 “When I first interviewed here six years ago, that’s when I first learned that the library expansion had already been approved by voters,” Library Manager Erik Surber said. “That weighed heavily in my decision to come here. It was something I really wanted to be part of.”

With re-imagined financing in place over the next two fiscal years, the new, 27,000-square-foot library is deep in the design stage. Groundbreaking is expected this winter followed by around 10 months of construction. The cost to the City is around $11 million.

Its funding comes from Highway User Revenue Funds (for an access road), development impact fees and capital improvement project funds. It is budgeted for $3.8 million this fiscal year and $7 million in FY21.

Maricopa voters approved a $65 million bond for a secondary property tax to build recreation and library facilities. The City spent $52 million of that, resulting in the development of Copper Sky.

Back in 2006, planners had been expecting to build a 60,000-square-foot facility costing over $15 million. That all collapsed with the Great Recession. Instead, the City built an 8,000-square-foot building for about $2 million, knowing it instantly would be too small for the population.

The industry standard is one square foot per resident. Maricopa’s population is now over 50,000. According to Mayor Christian Price, the library has issued 53,000 library cards during its existence.

From a bird’s eye view, the proposed building looks something like an X south of City Hall near the northeast corner of White & Parker Road and Bowlin Road.

Surber is part of a team of city staff who have been meeting with the architect for months.

Surber said in the X design, the points help shelter the entrances from the sun and elements.

The building will be about three times as large as the current library, with room to expand another 25,000 square feet.

“You tear down a wall, you put up a new entry point and you’ve created another wing,” Price said. “It’s a fascinating concept.”

“The floor plan is pretty set at this point,” Surber said. “We were meeting with the architect for months, and we did have an open house where we got public input. The details now will be more like what materials we use, where to place electrical ports.”

There will be outdoor programming at the north entrance, which is shaded from the sun. The space will allow for a stage area and room for people to mill about or have lunch.

There will also be an entrance on the south end, but the main entrance will be on the east side.

There will be a dedicated children’s story area, a teen area, a crafts room for all ages, a 2,000-square-foot conference room that can be divided into two rooms. That is where large programming such as the special-guest entertainers for the summer reading program will likely be.

“We always try to squash the notion that the library is just a warehouse for books,” Surber said. “Libraries used to be designed that way. Fortunately, we’ve come a long way since then, and now we are designing libraries to fulfill the role of community meeting space.”

There are smaller conference rooms and three study rooms in the plan. An acoustics study will also inform the final design.

Surber said the additional space will allow the library to have more programs and make current programs more convenient for patrons, especially youth coming in after school.

The current library has about 50,000 items. “A lot” of that collection is on overflow shelves or in storage. The new library is expected to have space for 90,000 items. Surber said there also may be gallery space for local art.

Price said Maricopa voters approved the bond that paid for parks, recreation and libraries because they were willing to sacrifice for the things they wanted.

In August, he walked a gathering of Maricopa Republicans through the process of setting aside funds after Copper Sky was built.

“When you do that, it leaves you a certain amount of money you can get to,” he said. “The problem is, you’re taking it out on credit. You can’t spend this other portion until you spend this part down. So, we’ve been paying this back for the last five years. We actually just refinanced this bond that will save you all a million dollars on repayment of that bond.”

Price said the City went back to the drawing board to look at financing a new library sooner rather than later. They looked at a combination of development impact fees (DIF), which are earmarked specifically, and the capital improvement projects (CIP) funds.

“With our capital improvement fund, we had all these big projects 10 years out, 15 years out, five years out, and there was all this money allocated to these different places,” he said. “It’s important to save for big things, but that’s 15 years out. I got needs now.”

He compared the CIP fund to a trust with monies that can be moved around. He said the City decided to accelerate the library.

“We’re not spending the tax dollars that we don’t have to,” Price said. “We’re spending the dollars we already have in the budget by re-organizing, finding efficiencies and making things better. At the same time, from a planning standpoint, [we know] that growth is going to continue, so we have something that satisfies those needs now and will also satisfy them in the future without having to spend gobs and gobs of money because we didn’t plan for growth and expansion.”

The mayor said it was about doing the most you can with what you have. 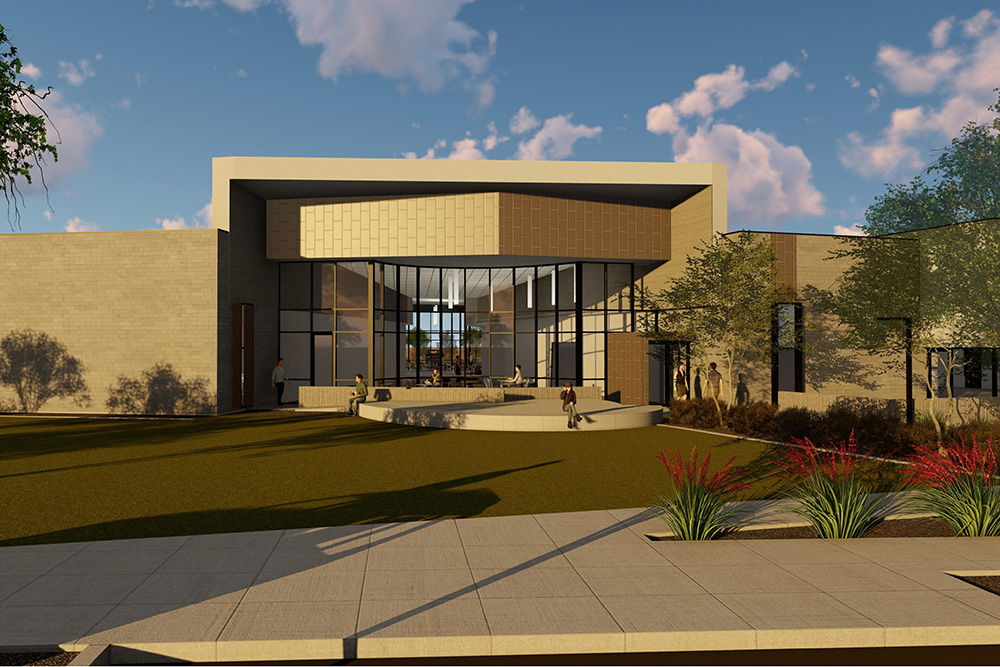 Surber said he’s happy about the domino effect that is expected when the library moves out, dividing the current space into the Maricopa Veterans Center and the city’s first senior center.

The City then plans to remodel the current veterans center on Maricopa-Casa Grande Highway into a museum for the Maricopa Historical Society.

Surber said Maricopa will go from a space-poor community to space-rich.