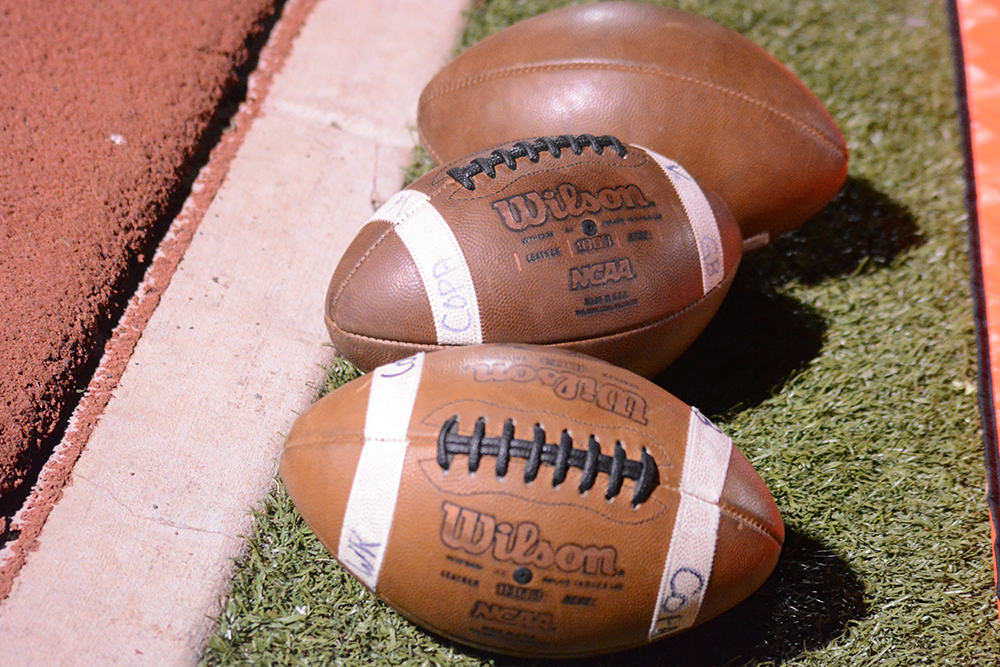 As Gov. Doug Ducey was announcing Arizona’s return to school in the fall, the state’s leading youth athletic-regulating body was already distributing its plans to get student athletes back on the practice fields and courts and courses.

That includes no hugs, no high fives, no fist bumps.

The Arizona Interscholastic Association presented its “Recommended Guidelines” for returning to competition with an abundance of caution.

“As long as there is active community spread, which means that new cases are still increasing, we must all be stewards of maintaining a healthy community by limiting the spread of disease,” AIA stated.

Though seasons are not expected to begin until August at the earliest, fall sports have summer training sessions usually underway in June. The plan outlines a phased return to practice that several school districts were already putting together while waiting for state guidance.

“Many districts, including us, were already working on plans to start phasing back in athletic workouts during the summer months, so when that was released by the AIA it reaffirmed everything that we had been working on,” said Jake Neill, athletic director for Maricopa Unified School District.

Though Neill is leaving at the end of June, to be replaced by interim high school AD Evelyn Wynn, his focus has been setting up the MUSD sports programs to move into a new season in unprecedented circumstances. The information from AIA reaffirmed the direction coaches were already heading.

“The guidelines they put out are great and show that everyone involved is trying to do this the right way,” Neill said. “The No. 1 priority while working our way back into things is the safety of the student athletes and coaches.”

Maricopa High School’s fall sports include football, volleyball, cross country, swimming and golf. Sequoia Pathway, a Maricopa charter school coming into the AIA for the first time this year, has football and volleyball on the line as well.

“I think it’s a good first step,” Pathway AD Glen Hale said of the guidelines. “We all want to get the student athletes back on field and court, but the safety and health of our athletes are super important.”

AIA’s new protocols include having a designated COVID-19 point of contact. It reiterates basic healthy behavior outlined by the Centers for Disease Control & Prevention such as staying home when sick, washing hands, using soap, avoiding physical contact and avoiding touching the face with hands.

AIA is discouraging a common athletic activity of spitting. Athletes should also “shower immediately upon arriving home and wash hands after placing clothes in a place to be washed that other people living in your house are not in contact with.”

The use of a “cloth face covering” for athletic competitions, strongly recommended by AIA, is not without precedent during pandemic conditions. Photos survive from 1918 of professional baseball players (and umpires) wearing masks on the field to ward off the so-called swine flu that killed more than 500,000 Americans.

• No water fountains
• Outdoor practice when possible
• Modified layouts and social distancing, with at least 6 feet of distance between all people
• Physical barriers and guides that 0utline training areas for each athlete
• Communal spaces, including closed locker rooms and athletes shall come to play and leave immediately after practice
• No shared objects, with each participant having his/her own ball, additional equipment, and protective gear. All gear should be disinfected before and after training sessions, and each athlete should have has own water bottle and towel.
• Cleaning and disinfecting frequently touched surfaces between uses and deep cleaning daily.

Outside observers will not be allowed to stay and watch practice. Protocols are explained in the event an athlete or a coach becomes ill. Teams are expected to have daily symptom reporting and temperature checks.

According to the AIA, the guidelines for athletic activities are based on the White House Phases for “Opening Up America Again.”

“The recommendations will require adjusting for schools, coaches and  athletes, but during these times everyone will have to monitor and adjust to keep everyone safe,” Hale said. “As we do that, guidelines will be ever evolving as more information is brought to light.”