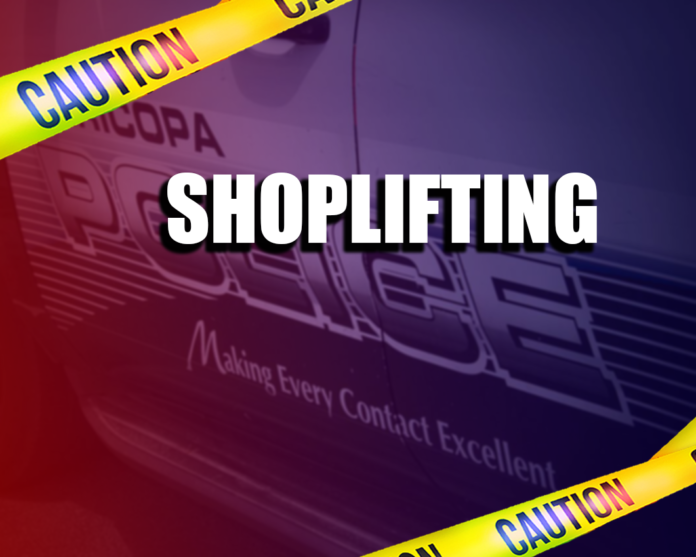 On January 14, a man was arrested and charged after allegedly shoplifting at Circle K.

At 12:51 a.m., Maricopa Police were dispatched to a shoplifting call at the Circle K located at 18141 North John Wayne Parkway.

The suspect, Joshua S. Perez, was contacted by police. Circle K provided police with video of what appears to be Perez concealing multiple items.

According to police documents, during the incident, police found drug paraphernalia (burnt foil with residue) on Perez’ person.

Police learned that Perez had previously been charged with trespassing from that Circle K location on May 21, 2021, for trespassing.

A records check on Perez came back with multiple warrants for his arrest; failure to appear and probation violation.

Perez was booked into Pinal County Jail on his warrants, along with charges including:  burglary, shoplifting, possession of drug paraphernalia, and third-degree trespass.