Project manager Keith Belden introduced principal planner Joy Mee, who outlined both the public outreach and the input from previous forums leading to this third and final community workshop.

The first workshop in February resulted in the creation of goals for six different areas, reflecting the various concerns of the redevelopment area’s residents. During the second workshop in March the consulting team offered recommendations for goal attainment in the six categories. (see related story) Examples included:

Character and identity: establishment of a Heritage Park and rebuilding the historic train station at a Transportation Center, as well as establishing design guidelines promoting western and agrarian/railroad themes.

Adequate infrastructure: paving all unpaved streets in the RDA, installing sidewalks and streetlights and providing affordable water service. “Residents told us that septic tanks are not a long-term solution,” said Mee.

Improved traffic circulation: developing a trail system, funding overpasses and developing arterial streets to serve the RDA and establishing a Transportation Center in the RDA. “Put it all (public transportation) in one place with a parking garage and other things for people to do,” explained Mee.

Greater variety of land uses: allowing greater heights and densities for construction, building a potential aquatic center in the area and encouraging less intensive uses for land adjacent to the Ak-Chin community. “This would be on a case by case basis,” said Mee. “We would not recommend anything that would be regulatory. People have to be good neighbors.”

The 20-year RDA Plan would be accomplished in phases. The first five years, 2010-2015, would be devoted to funding various projects and cost analysis, as well as adopting policies and zoning rules. The construction of a government center and a Heritage Park would be part of this portion of the timeline.

A Citizen Advisory Committee for the RDA would also be established early on to represent its residents, businesses and landowners. The group would be tasked with monitoring the progress made in achieving the various goals, promoting programs and preparing and presenting an annual progress report to the Maricopa City Council.

The second five-year period, 2016-2020, would potentially see upgraded water service, progress on a Transportation Center, a relocated Amtrak station, overpasses and an aquatic center, a new floodplain designation and the realignment of arterial roadways.

During 2020-2030, the final ten years of the RDA Plan, completion of overpasses, the Transportation Center and a trail system would occur.

Neighborhood cleanups and demolition of vacant structures would be ongoing.

Residents met in small groups to discuss the draft plan, which goes to the city’s Planning & Zoning Commission on April 27, then to public hearing and finally to the city council for its approval on June 2 or soon thereafter. 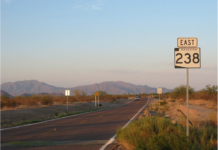 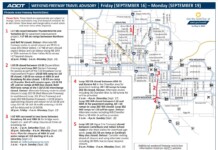