Details surrounding employee pay increases were not resolved among board members Wednesday night at the Maricopa Unified School District Governing Board meeting.

Before a proposed budget for the 2017-18 was approved, governing board member Torri Anderson pushed back on the board’s previous salary increase proposal, which would raise district workers’ pay by 3 percent.

Anderson instead suggested that teacher raises stay at the proposed figure. All other positions would receive a 2 percent pay raise in an effort Anderson said would “incentivize” teachers to come to – and stay with – the district.

The current pay increase across the board for all employees would cost the district $817,500. Dropping other employees by 1 percent would save the district money.

Anderson said MUSD could take savings from her proposal and contribute them to the district’s reserve.

“I want to incentivize teachers, even if it’s just that 1 percent because everybody is important, but we have a hard time hanging onto teachers,” Anderson said.

Board President Patti Coutré said teachers wouldn’t have the support they need without the work of attendance clerks, bus drivers, janitors and district office staff. 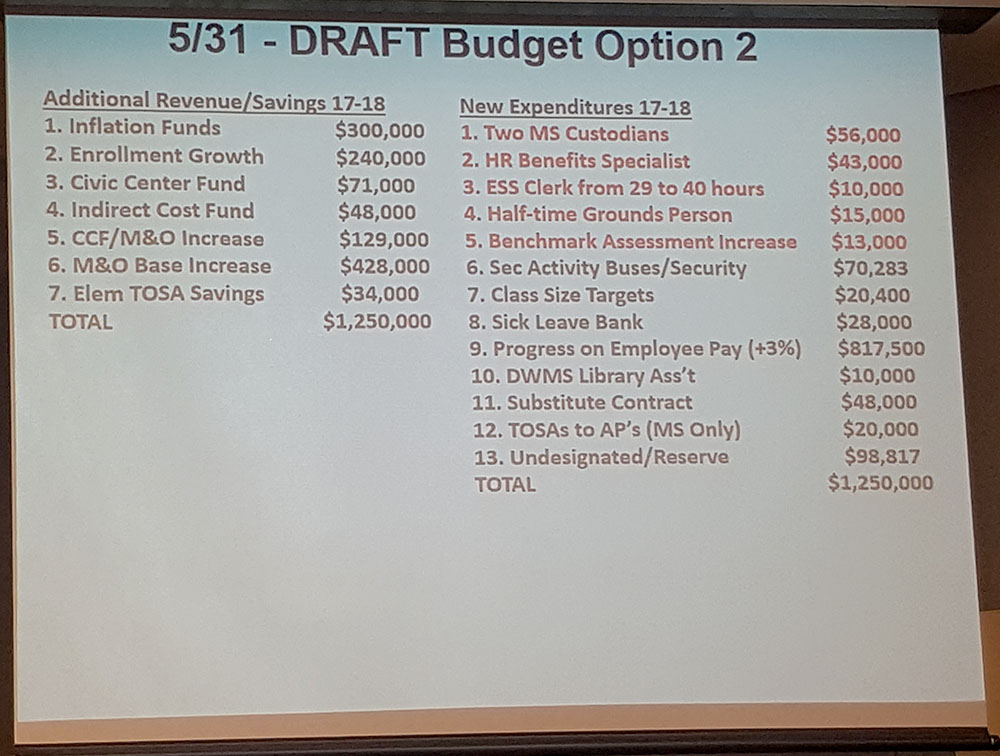 “In the past, we kind of got away from that because we wanted all of our staff to feel valued,” Coutré said in regards to giving one group of employees a higher percentage raise than another.

Administrators would also receive the 3 percent increase in the district’s current proposal.

AnnaMarie Knorr, board vice president, sided with Anderson and agreed keeping all staff except teachers at a 2 percent raise could build the district’s reserve fund.

However, Coutré referred to a previous report given by district Business Manager Aron Rausch, in which he said the reserve fund would stay at an acceptable level with all employees receiving a 3 percent raise.

Knorr also supported the argument that raising teacher pay above others could help the district retain teachers.

The board agreed to continue the salary discussion at a later date. Superintendent Steve Chestnut said the figures would be gathered and discussed during a future board meeting.