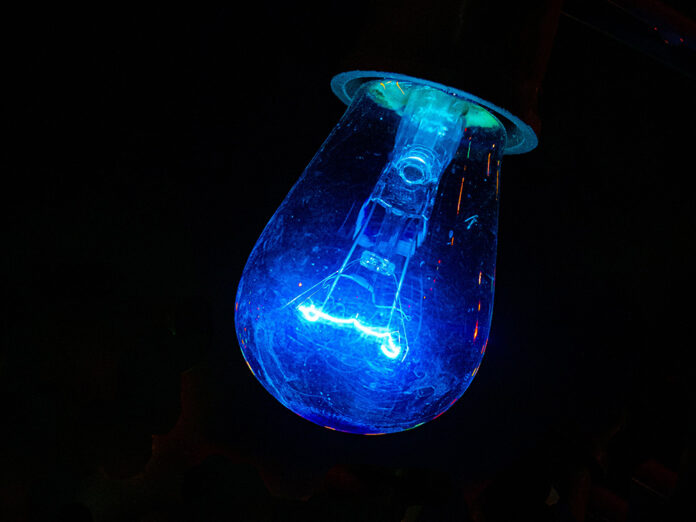 A group of residents in Sorrento is looking to bathe their homes in blue light this weekend as a way to honor and thank first-responders and law enforcement officers.

A recent post in the neighborhood Facebook group raised the idea, citing a viral post by the Mesquite (NV) Police Department that thanked an entire community for lighting up blue in support of its officers.

Heath Gleason, a six-year resident of Sorrento, jumped in to support the effort. He put up his blue lights on Tuesday.

“I think a lot of people are like me and want to throw our support behind the officers,” he said. “It seems like there are a lot of us.”

Gleason said a number of his neighbors jumped on Amazon this week to order blue bulbs.

“We’re hoping for 50 houses,” he said, adding that Sorrento residents would love to see other Maricopa neighborhoods join them in blue.

There hasn’t been much talk about how long the display will last in Sorrento but Gleason said he hopes people will leave on their lights through Sept. 11, the 19th anniversary of the terrorist attack on the United States. Nearly 3,000 people died at the World Trade Center in New York City, the Pentagon in Washington and a field in Shanksville, Pennsylvania, including 415 first responders.

An airline pilot and neighborhood watch block captain, Gleason said he appreciates and supports first responders, including his mother, father and brother.

He said Maricopa police should know they have support in the community during these contentious times.

“There are people out here who appreciate what they do,” he said.

In a separate effort, InMaricopa is giving away blue light bulbs for free to residents who want to remember 9/11 and support all first responders with a display of blue on Sept. 11 and 12.

Those who want to pick up a blue bulb can stop by our office at 44400 Honeycutt Road, Suite 101, during regular business hours.