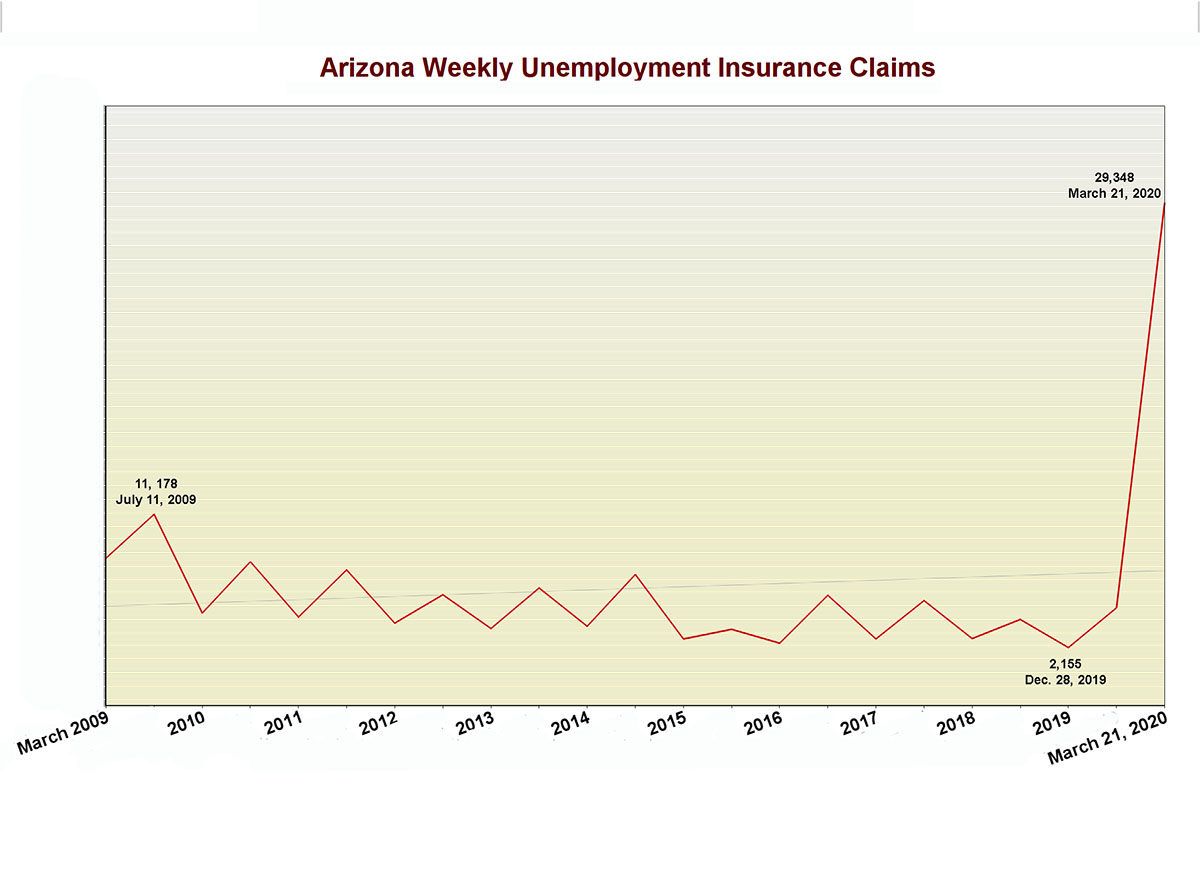 Arizona had its largest one-week increase in first-time unemployment insurance claims on record last week, according to the Arizona Office of Economic Opportunity.

Mirroring the nationwide jump in claims, Arizona saw 29,348 new claims the week ending March 21 compared to 3,844 the week before.

Doug Walls, a labor-market research administrator for the department, said there had been no forecast estimate of what the number would be, but it was “up significantly.”

Walls gave an entirely remote presentation of February employment numbers to a handful of journalists Thursday. He said Arizona gained jobs in all seven metro areas during the month, but cautioned numbers are incomplete because of the coronavirus.

In the available numbers for February, the state’s labor market increased 3.2% compared to last February. That equaled 111,000 people. Compared to January, there was an increase of 24,300 jobs.

Education and health services had the biggest gain in jobs year-over-year with 22,000 added. The trade, transportation and utilities sector was next with 10,600 jobs. Overall, there was a net gain of 79,000 in Arizona since last February.

Nationally, there was an increase in unemployment claims of 3.3 million, even higher than many economic experts anticipated. The coronavirus has caused the temporary closure of many businesses across the country and worker layoffs, with some even closing permanently.

“This large increase in unemployment claims was not unexpected, and results from the recognition by Americans across the country that we have had to temporarily halt certain activities in order to defeat the coronavirus,” Secretary of Labor Eugene Scalia said. “The hard impact of this on American workers was anticipated in the bill passed by the Senate last night, which provides hundreds of billions of dollars in unprecedented funding for traditional unemployment insurance and pandemic unemployment assistance.” 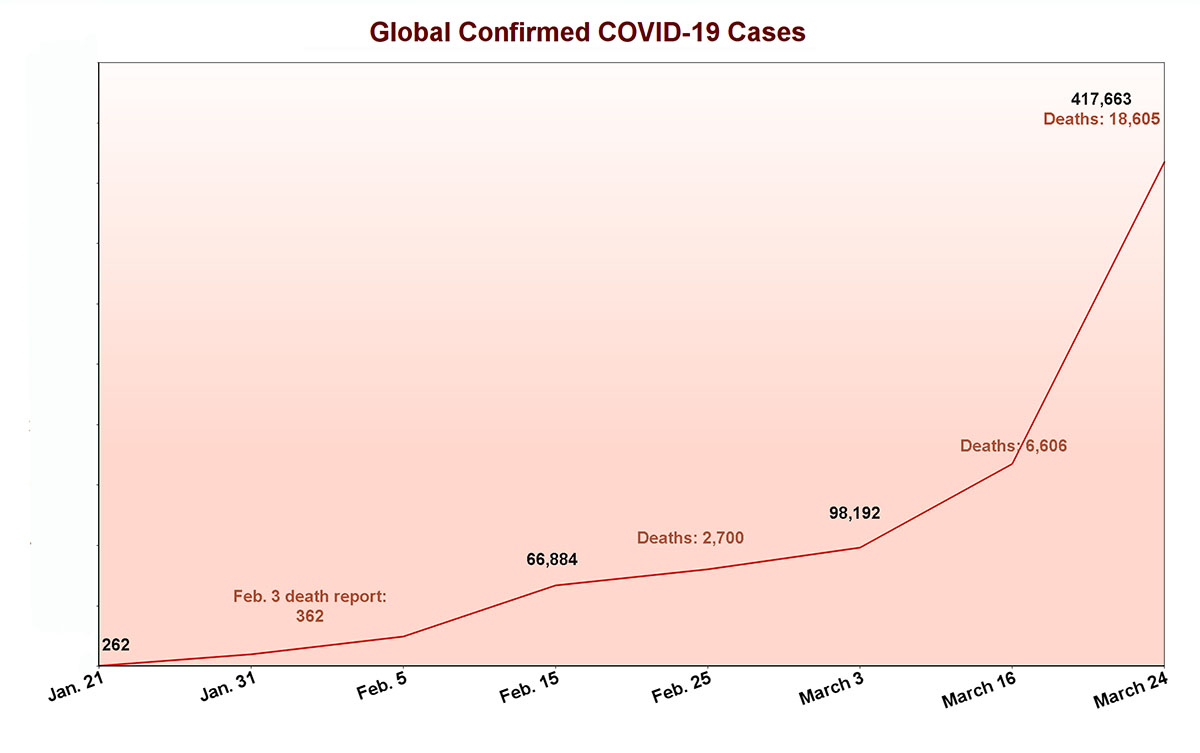 Realtor: Shortage of homes for sale strains supply of rentals

Aug 4, 2020
Change Location
To find awesome listings near you!