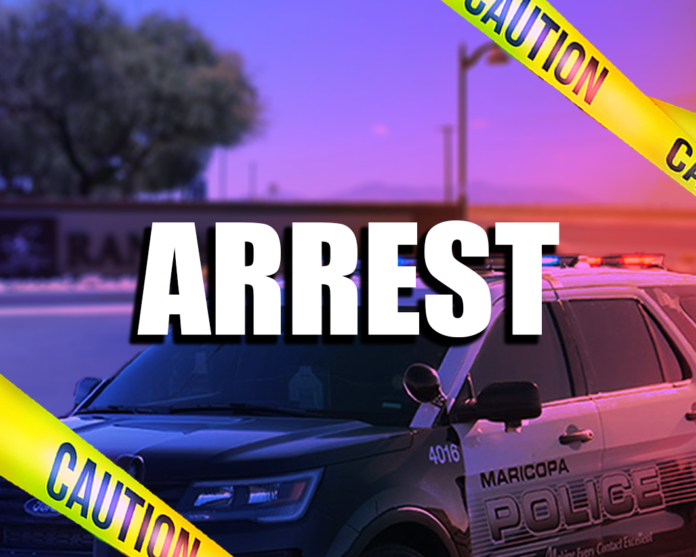 A man faces charges after passing police at 72 miles per hour in a 45 mph zone, and refusing to identify himself, police said.

Omar Aguilar was booked into Pinal County Jail on suspicion of driving under the influence (slightest degree), refusal to provide a truthful name and excessive speeding, police reported.

According to the probable-cause statement, at about 2:15 a.m., near West Bowlin Road and North John Wayne Parkway, Maricopa Police saw a gray Toyota Tacoma travelling north at a speed of 72 mph measured by radar.

Police made a U-turn and attempted to catch up to the truck, which later stopped at a red light at West Hathaway Avenue.

When police activated their overhead flashing lights, the truck’s driver signaled for a left turn but instead turned right into a parking lot, police said.

The driver, identified as Aguilar, told officers he had a few drinks and was coming from a casino, police said. Officers reported a strong odor of intoxicating liquors coming from the truck, as well as Aguilar having bloodshot eyes and slow reaction to commands. Officers asked Aquilar to step out of the vehicle.

According to the probable-cause statement, officers asked Aguilar if he would complete a field sobriety test, but he refused and asked for a lawyer.

Police placed Aguilar under arrest and asked for his name. He said that he was not going to answer any questions. When officers advised Aguilar that he is required by law to identify himself, he refused. Officers later found his wallet and located his driver’s license.

Police tried to read Aguilar warnings from the admin per se affidavit. He refused and continued to ask for a lawyer, and later directing an expletive toward them.

Admin per se is a document that warns drivers that by driving a vehicle in Arizona, they have given implied consent to provide a breath, blood or urine sample or face loss of driver’s license for a year.

Police obtained a warrant for Aguilar’s blood. He was transported to MPD headquarters and was read his Miranda Rights again and contacted his lawyer.