The Vex IQ World Championship Tournament will be April 22-25 in Louisville, Kentucky. 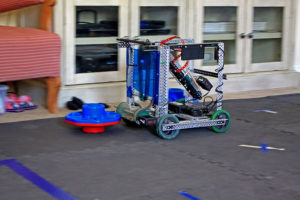 Only 30 teams from Arizona are going to the 2019 VEX Robotics Worlds Championship, and five of them are from Maricopa.

Anna Walton, 13, and Gabriel Ulibarri, 14, both of Maricopa, have qualified for the VEX VRC World Championships in the high school division. The two are not associated with one of the large school programs, like most of the participants in the event, but rather are home schooled.

There are only seven high school teams attending the championships from Arizona.

Ulibarri is a freshman, and Walton is an eighth grader. They are coached by Gabriel’s mother, Michelle Ulibarri, and Anna’s father, Jason Walton. The two have competed together in VEX Robotics four years in the elementary and middle school divisions.

The two will begin competition next Wednesday in Louisville, Kentucky, and their team name is the Robot Overlords.

“There is a specific game that they are designing to play this year,” said Michelle Ulibarri. “They know what the game is, then they need to build the robot to accomplish the task. They play with a teammate and they play against teammates. They are only given the parts and the task. They have to come up with how to accomplish that on their own.”

The competitive high school division of the VEX Robotics World Championship will take place at the Kentucky Exposition Center with 500 teams from around the world compete for the title, including the Robot Overlords.

The Robot Overlords will be placed into an alliance with another team at Worlds and then take on two other teams on the “field” at the same time.

The object is to see how many points can be gathered while attempting to hinder the other side from getting points. The competition is not a robot battle, though there can be some minor contact between the robots. 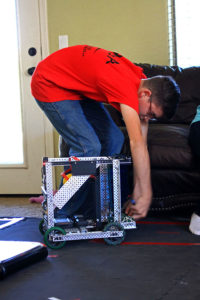 Teams are scored on pre-programed (autonomous mode) and live remote-controlled competitions. The participants must program the remote control to work with their robot. The students program the robot and the remote by writing computer code in C++.

The teams build their robots for the competition and most of the teams are much larger than the homeschooled Robot Overlords. Teams are usually from well-funded schools.

“There will be 500-plus high school teams from across the world competing,” Anna said. “The teams are however big you are. They can be one person. There are some teams from Arizona going that have 15 kids on one robot because they’re from a school.”

They leave Sunday evening for Kentucky as the competition starts Wednesday and wraps up on Saturday.

The two have no prediction about how well they might do at the world competition, but Gabriel did say, “better than average.”

Anna said it will be very interesting because they could be paired with a Chinese team, and they have to figure out how to communicate with each other, let alone compete in an alliance against two other teams.

“Google Translate is going to be our friend,” Anna said.

Maricopa teams swept the top five spots in a robotics competition over the weekend.

Legacy Traditional School hosted a Vex IQ Challenge Saturday with 11 schools and organizations from around the state competing. Legacy itself had five teams competing and took first and second place with the Copper Bots and Cyber Cubs.

Maricopa’s Samurai Bots finished third while Rocking Robots Are Backs was fourth and the Gray Wolves from Leading Edge Academy were fifth. The Copper Bots not only had the top skills score, earning the Robot Skills Champion award, but also won the design award and the Middle School Excellence award.

The Maricopa teams of Rocking Robots Are Back, Hazard Bots, Samurai Bots and Cyber Cubs are set to compete Feb. 23 in the Arizona VEX IQ Elementary School State Championship in Goodyear. 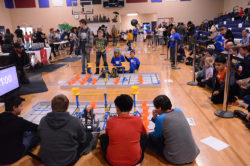 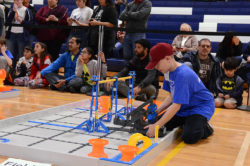 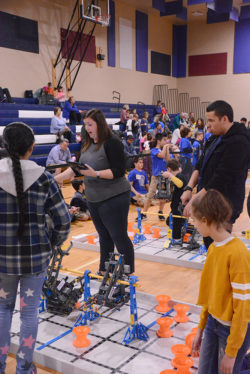 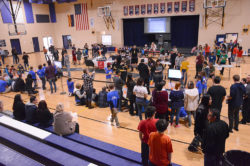 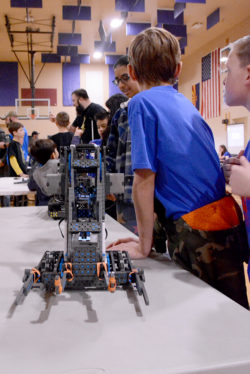 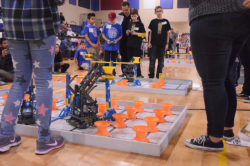 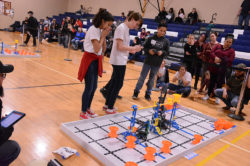 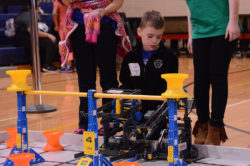 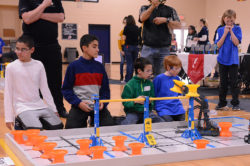 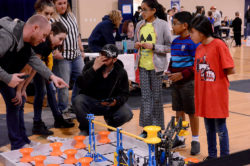 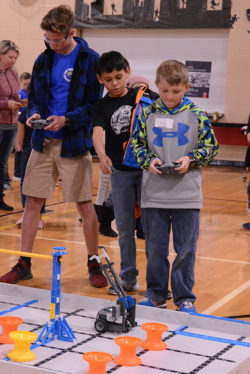 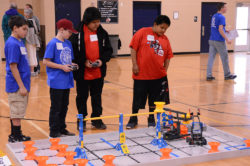 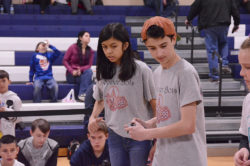 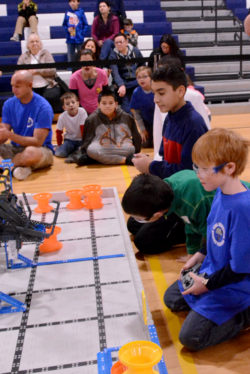 The Gray Wolves dominated their finals match with their Division 1 team partner, the Skittlers, with a collective score of 155 points, overtaking the favored teams. Together they earned the Teamwork Champion Award.

LEA Maricopa had four middle school robotics teams attend this final qualifying event for the 2017-18 season, and three of them made it to the final round.

With this award, the Gray Wolves are the first robotics team from LEA Maricopa to qualify for the VEX IQ State Championship. The state championship will take place on Saturday, March 3, at Microchip in Chandler. For more information, visit www.robotevents.com.

Three of four middle school Robotics teams from Leading Edge Academy Maricopa made it to the finals at the Robotics tournament held at Orangewood Elementary School in Phoenix on Nov. 18.

This was the second tournament of the year for the middle school teams, and each team improved its previous performance.

The Gray Wolves finished fifth with 82 points, the Tundra Wolves were sixth with 65 points and the Arctic Wolves placed seventh with 63 points. Robotics coaches James Larson and Susanna Cabello have challenged their teams to make a design that will earn 100 points or more for their upcoming events to place high enough to complete at the state level.

An eighth place out of 24 was achieved by the Leading Edge Academy Maricopa elementary Robotics team when they attended a tournament hosted by Sequoia Pathway in Mesa, also on Nov. 18.

Twenty-four teams competed in the robotics tournament. At this competition, the Santa Cruz team won the Elementary Excellence Award – the highest award given in the elementary category. The award is given to the team that shows determination, passion and sportsmanship, along with robotics skills aligned with a STEM research project.

The team started their work in November and this was their second competition. At the first competition in Pinetop, they also won the Elementary Excellence Award. These awards have qualified them to attend the VexIQ Arizona State Championships Feb. 18 in Glendale.