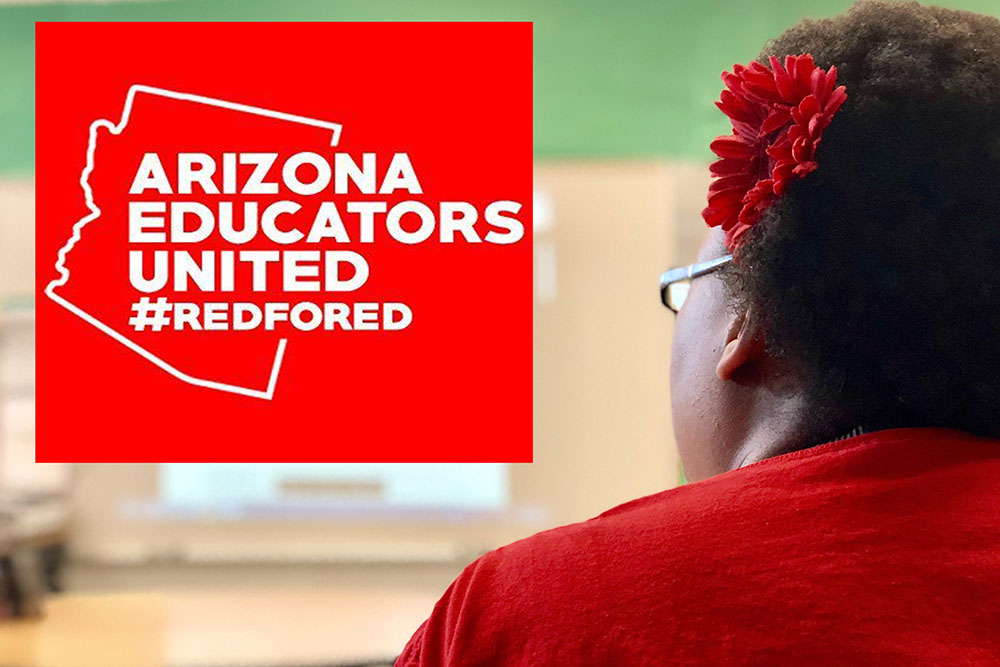 Teachers are upping the ante in a statewide campaign to increase pay and improve education for their students.

“Walk-ins” are slated to occur at schools in the Maricopa Unified School District April 11.

Teachers will meet in front of campus 30 minutes before they’re contracted to begin the day. (Read below to see the times at each school). Some will carry signs, and most will be wearing red. All will walk into the school together before school begins.

The #RedForEd movement began in early March in Arizona. Teachers wore red to school as a show of solidarity.

But now Arizona Educators United (AEU) — the coalition of teachers, administrators and support staff who support the movement – are strategizing ways to force the hand of legislators, and most importantly, their governor.

“(Gov. Doug) Ducey needs to do something,” said one MUSD teacher April 5.

A group of around 25 crimson-clad teachers met inside a classroom after school at Santa Rosa Elementary this week to schedule the walk-ins, discuss goals and, at times, voice their frustrations.

Arizona public school teachers are among the lowest-paid in the nation and all eyes are on other states, like West Virginia and Oklahoma, who have protested their own working conditions and low wages with some success.

Teachers in some schools in the Valley walked out for one day last month, but Arizona educators teach in a right-to-work state, and many realize the risk a strike could bring them.

“It will take unity like you’ve never seen before,” warned MUSD Volunteer Coordinator Jim Irving. “You’re fooling yourself if you think some can (strike) and some can’t.”

Some local teachers said they’d be on board and viewed walk-ins as a way for the AEU to measure the movement’s manpower in case demands aren’t met.

However, AEU advises teachers against speaking to the community during school hours about the event. Teachers also cannot communicate details about the walk-in via their district email.

Representation from each MUSD school site was not present at the walk-in meeting this week, so the April 11 events cannot currently be confirmed at every school.

If you are a parent or community member, please contact your school administration to confirm whether your child’s campus is participating.

Maricopa High School and Maricopa Wells Middle School are confirmed to be participating so far.

Representatives from Santa Cruz Elementary and Desert Wind Middle School have not indicated whether they will participate.