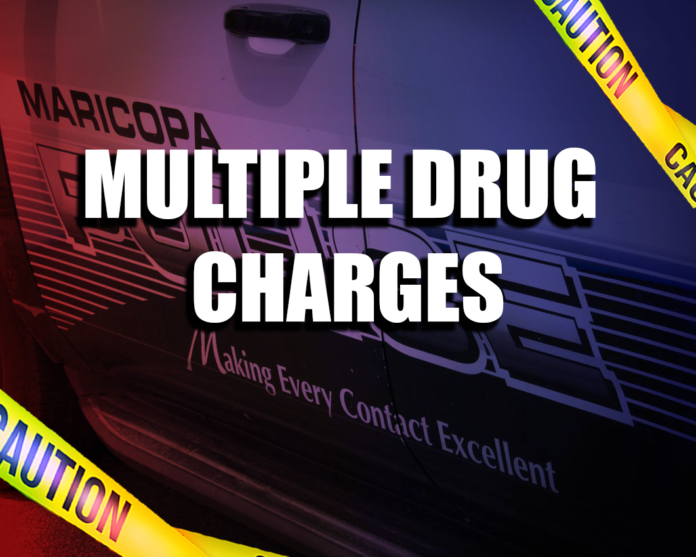 A man was pulled over at CVS, who police say was found to have an assortment of illegal drugs and paraphernalia, along with an active warrant out for his arrest.

According to police documents, in the early morning of January 30, the traffic stop was performed to investigate if the registered owner [Ferrara] was driving. According to state records, Ferrara only had an ID card and his driver’s license was suspended on January 12, 2015, for an extreme DUI.

As police looked at Ferrara’s information, they found he had multiple warrants out for his arrest. One warrant [rules of criminal procedure – pre adjudication] was out of the City of Maricopa, with a bond amount of $250.00.

Police took Ferrara into custody at 1:17 a.m. without incident on his Maricopa warrant.

According to police reports, Ferrara was found to be in possession of 2.8 grams of suspected heroin, 0.2 grams of suspected methamphetamine, 2 round blue Percocet pills, numerous syringes with residue, numerous pieces of foil with burn marks and residue, and a quarter cup measuring cup with burn marks and residue on it, all of which were allegedly identified to police by Ferrara.

According to reports, Ferrara allegedly told police he had used heroin around 3 p.m., the day prior, about 10 hours before the arrest.

Ferrara was subsequently booked into Pinal County Jail on his warrant and charges.