With its windows removed for a special project, the vintage Silver Horizons railcar from the California Zephyr was left vulnerable to upcoming winds, dust and possible rain through Arizona’s monsoon season. Though plastic had temporarily replaced the windows, it was obvious the car needed something more secure.

Mike Riggs, the City’s Public Services director, sent a crew of six with vinyl tarps to wrap the car “like a burrito.”

Maricopa Historical Society, which owns the car, is gradually restoring it inside and out. The foggy and, in some cases, damaged windows on the main floor and in the dome were a particular challenge. The society brought in vintage train experts for the task. 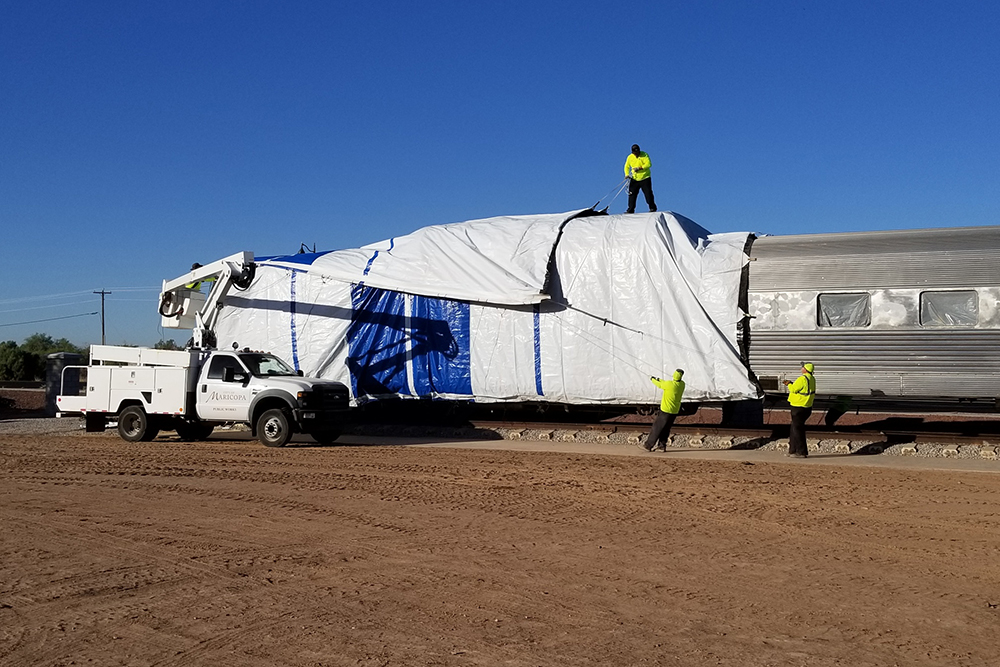 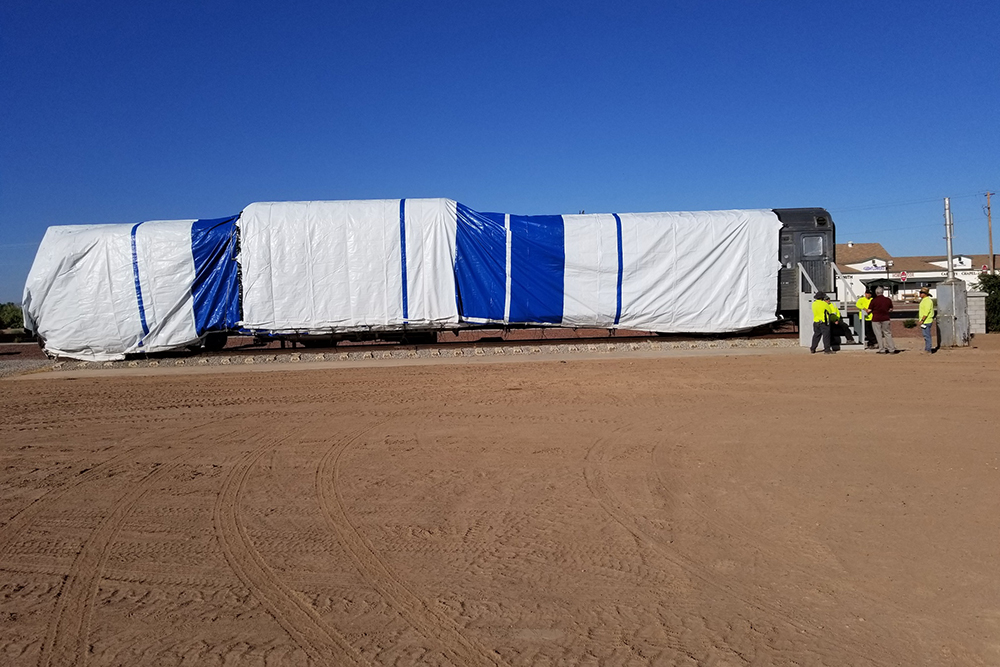 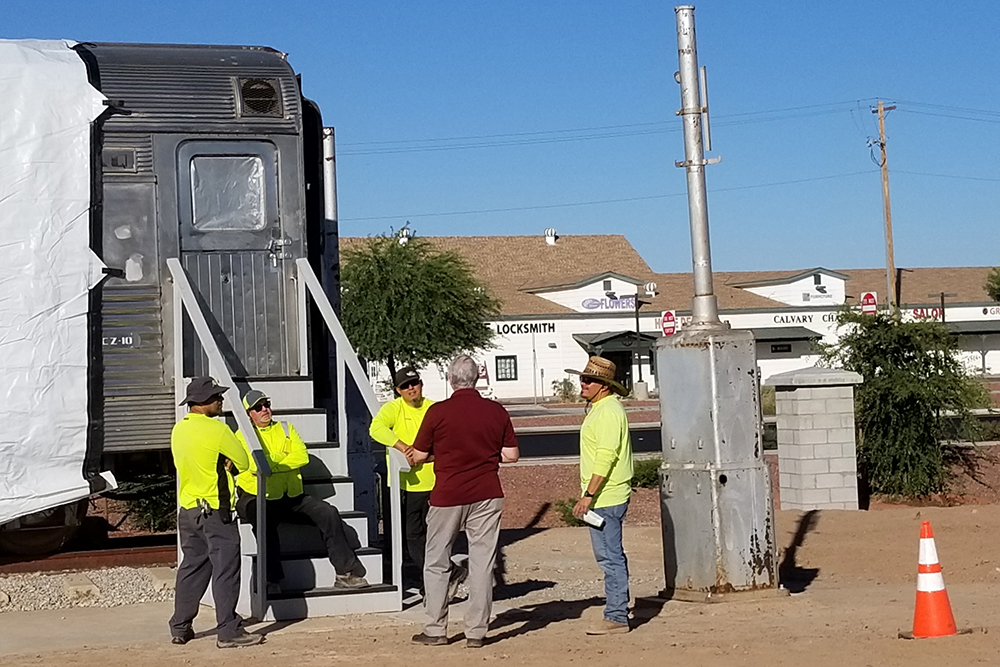