Posts on social media said the teens were brothers who were heading home in a minivan with their family from church before the accident Sunday afternoon.

“As a father losing his only two sons, this is not easy. And the battles have only begun. I praise the Lord that He spared my wife, the baby in her womb, our teenage daughter, and our precious baby, Lynndsay, as many of you have come to know through previous trials,” Voss said in a post on Facebook. 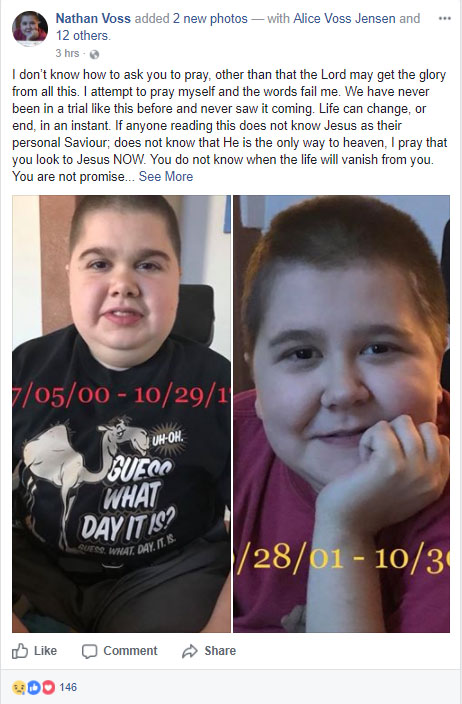 According to a social media post by Faith Baptist Church in Maricopa, the brothers were Michael and Matthew.

PCSO said six people were in the minivan Sunday around 2:29 p.m. on Papago Road when a driver in a 2018 black Acura ran the stop sign at the Papago intersection at Ralston Road.

As previously reported, the minivan hit the Acura and rolled, ejecting the 17-year-old passenger who later died at the hospital Oct. 29.

Five of the six passengers were transported to the hospital with varying injuries.

PCSO was still investigating Monday morning and could not specify the pending charges against the driver of the Acura.