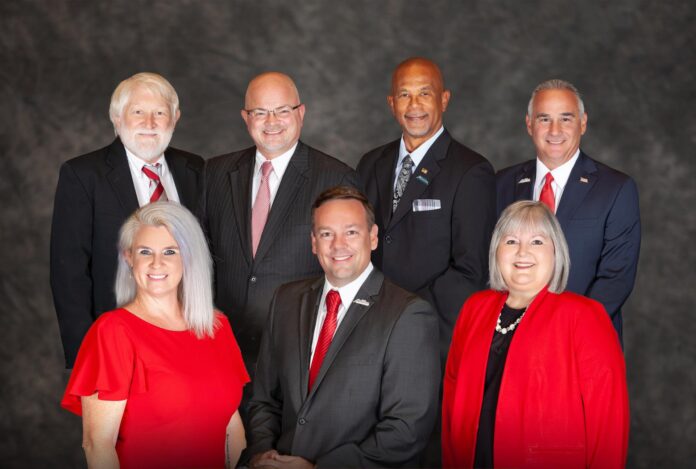 Vaccine mandates are becoming more prevalent every day, with tens of thousands of people across the country facing the loss of their jobs for refusing to comply.

One government close to Maricopa is on the verge of enacting such a mandate: the Tucson City Council voted 4-3 Tuesday to force city employees to get the jab by Dec. 1 or lose their jobs. To date, about 300 of the 4,000 city employees, or 7.5%, have refused.

In Maricopa, public sentiment runs against such mandates, either for masks or the vaccine. But do our city leaders reflect that public position? Here how Maricopa city councilmembers responded to the question, “Do you now, or would you ever, support a vaccine mandate in order to work for the City of Maricopa?”

Personally, I respect the freedom of choice to decide for oneself on one’s health care. But at this time, we the City are still in the same dilemma as we are/were with masks. The governor has declared no vaccine mandates and the president says otherwise. So, it appears that we will await any court resolutions to this executive authority/state’s rights question, and in the meantime, we will be consulting with our legal team as we seek their professional guidance on what we should do presently and moving forward.

My answer has not changed. I do not support giving up a single freedom, in this case the freedom to choose whether or not to receive the vaccination. I would not support a vaccine mandate in order to work for the city.

I do not support a vaccine mandate. All health decisions should be made between a patient and their doctor.

I could envision a future where we could get hit with a more deadly variant of COVID-19 or some other virus, where we might decide to make vaccinations mandatory, based on the need for public safety. With the current decline in COVID-19 cases and deaths, it looks like we don’t need a mandate now.

A vaccine choice is a private health decision between a patient and a doctor. Thankfully, in a recent legal opinion by Arizona’s Attorney General Mark Brnovich, he states: “Schools, public universities, community colleges, and state and local governments are statutorily prohibited from requiring employees to obtain COVID-19 vaccinations. While some of these statutory prohibitions will take effect on September 29, 2021, existing Arizona law (A.R.S. §§ 36-114, -184), prohibits state and county governments from imposing vaccine mandates.”

The 10th amendment of our constitution reads “The powers not delegated to the United States by the Constitution, nor prohibited by it to the states, are reserved to the states respectively, or to the people.”

A vaccine mandate for schools, public universities, community colleges, and state and local governments are statutorily prohibited in Arizona.

It’s pretty simple – no mandates on vaccines. I am vaccinated, and support vaccinations, but I would not force anyone to get one.

That’s an easy question. I don’t need a mandate to be a considerate and caring citizen. If I have a disease or illness that may harm you, I will voluntarily take care of it.