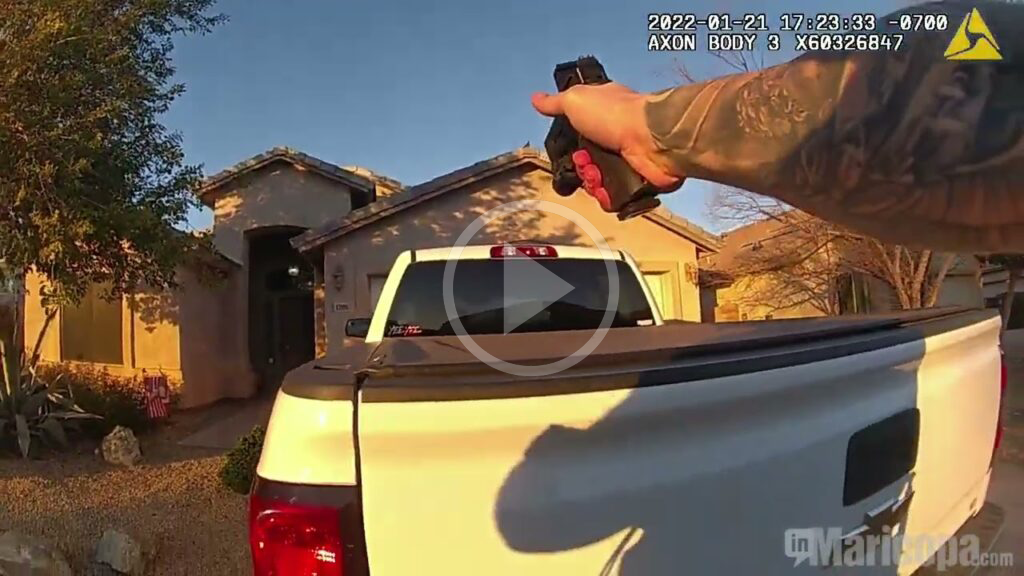 An attempted traffic stop on Jan. 21 didn’t end until after a pursuit on foot for Maricopa Police and suspect Melissa A. Joseph.

MPD tried to pull Joseph over for expired registration and multiple moving violations, according to the police report. Instead, Joseph, 41, led police on a short-lived pursuit in a white Ford Ranger. The suspect allegedly ran a red light, ran a stop sign, hopped a curb and sped at an excessive rate nearly causing two collisions.

According to the Pinal County Attorney’s Office, Joseph has been charged with unlawful flight, resisting arrest and two charges of endangerment. She was released after booking and is awaiting trial on April 8.

Joseph was apprehended at 5:25 p.m. in the 43000 block of West Griffis Drive in The Villages at Rancho El Dorado after a foot pursuit through the neighborhood. One of the pursuing officers fell during the incident and injured his left knee, requiring him to get an MRI. His condition is unknown. Joseph was transported to the hospital for her injuries.

The passenger in the fleeing vehicle, who had a young child in the vehicle during the pursuit, admitted to police Joseph told her she was going flee from police and try to get away.