Within hours of the California Zephyr train’s Silver Horizon railcar being placed at its new home in January, there was speculation it might be off-kilter.

Measurements proved that was so, and the vintage 1940s car was leaning just slightly to the south because parts were not settled properly. Monday, railcar expert Lon Orlenko was on hand to direct City staff in tweaking its placement.

“When they brought it over here and set it down on the tracks, things were a little bit askew,” said Orlenko, who lives in Los Angeles, California. “We’re going to lift it up, take the weight off of it, make some adjustments and set it back down.” 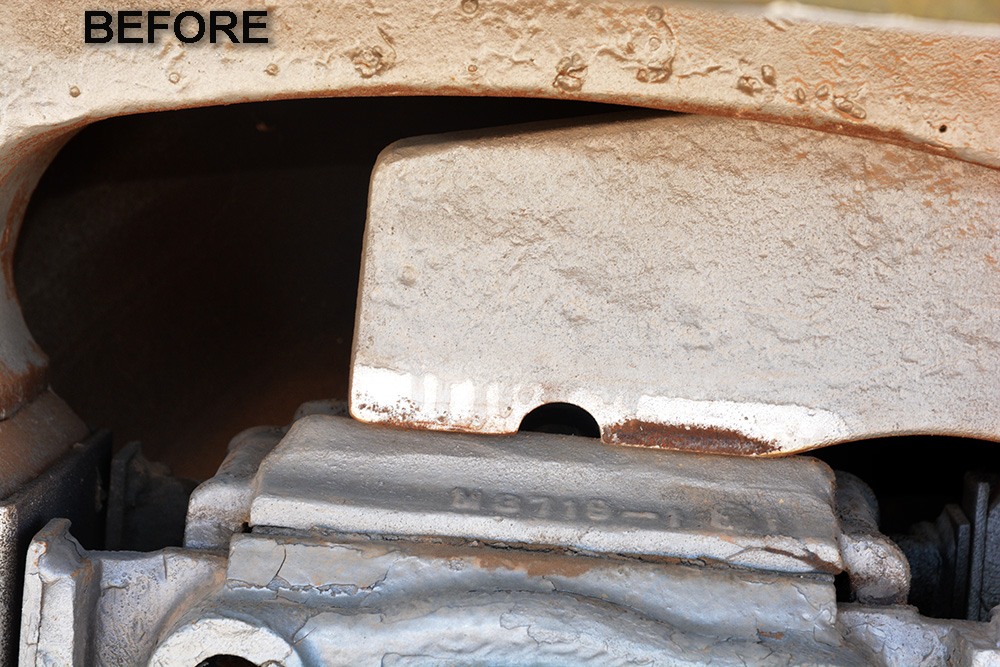 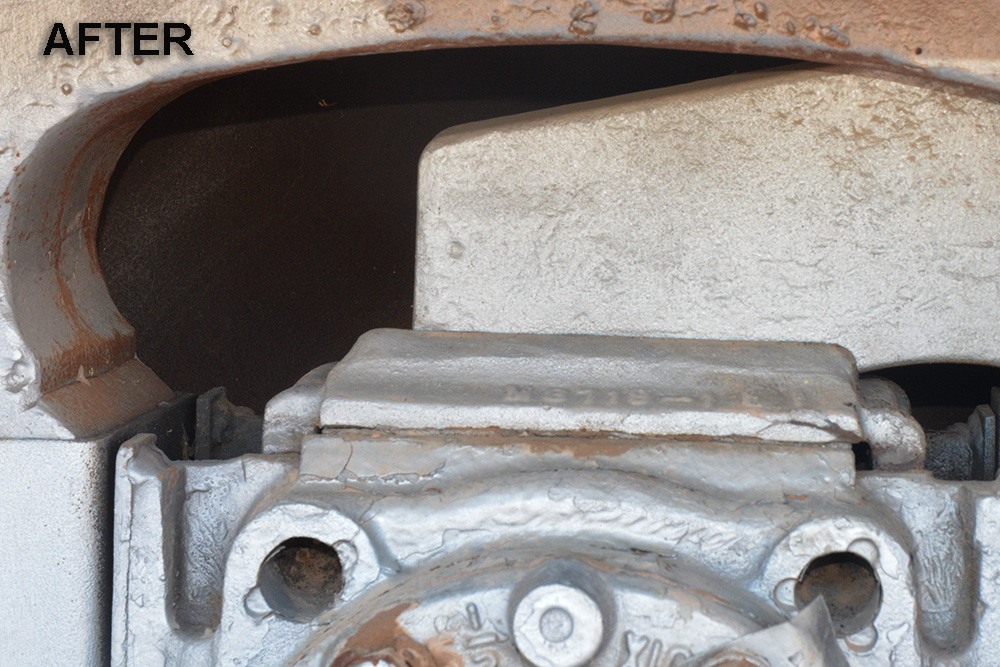 The Silver Horizon belongs to the Maricopa Historical Society. When members learned an adjustment was needed, Society President Paul Shirk was hooked up with Orlenko.

Orlenko has been in the business of rebuilding, repairing and moving railroad cars for 37.5 years. He has made many post-move adjustments to railroad cars.

“We’re not normally out here in the rocks with this kind of timberwork,” he said. “We have big electric screw jacks that we use in our shop.”

As it was, the Society needed favors from a couple sources for air jacks and timber. That included more railroad ties. When Shirk reached out to members and other families, they quickly came up with the heavy timbers required.

The work was methodical to get all air jacks in place to make the small shifts. Orlenko and the crew started in the morning, and, by afternoon, the Silver Horizon stood a little straighter next to Maricopa-Casa Grande Highway.

Maricopa Historical Society will also have crossing lights at the site as part of the story of the railroad. Shirk said they need approval for some electrical work before they can have fully functioning air conditioning. That will allow them to host events in the Silver Horizon again. 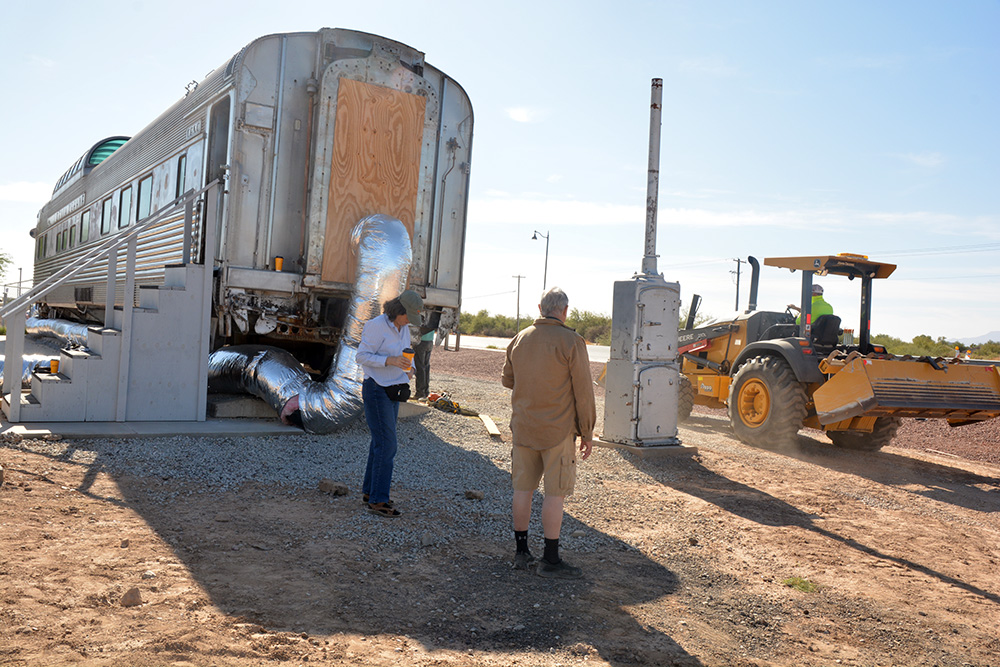 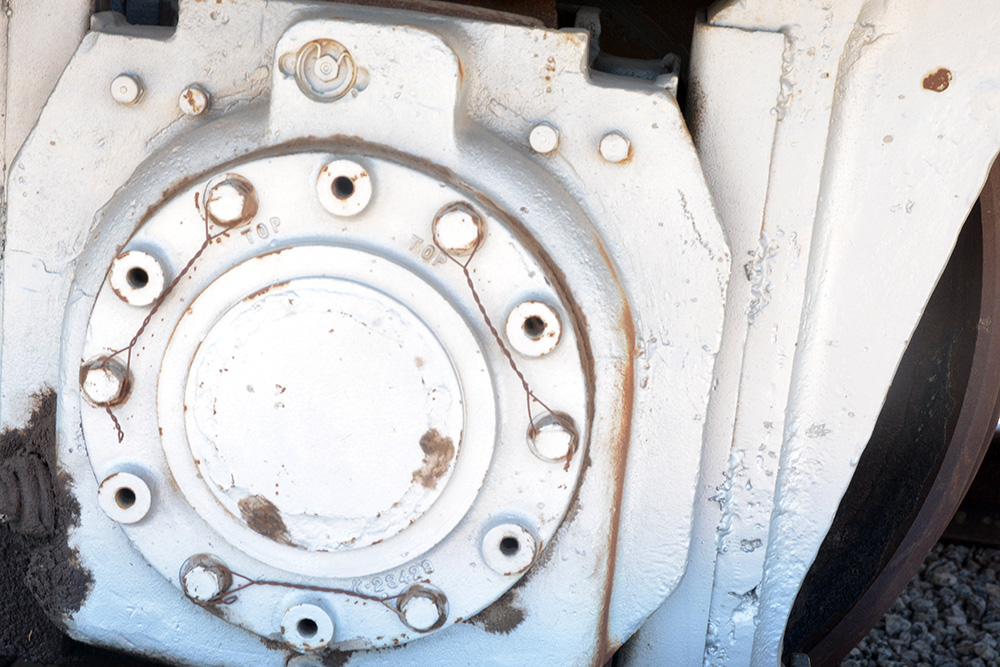 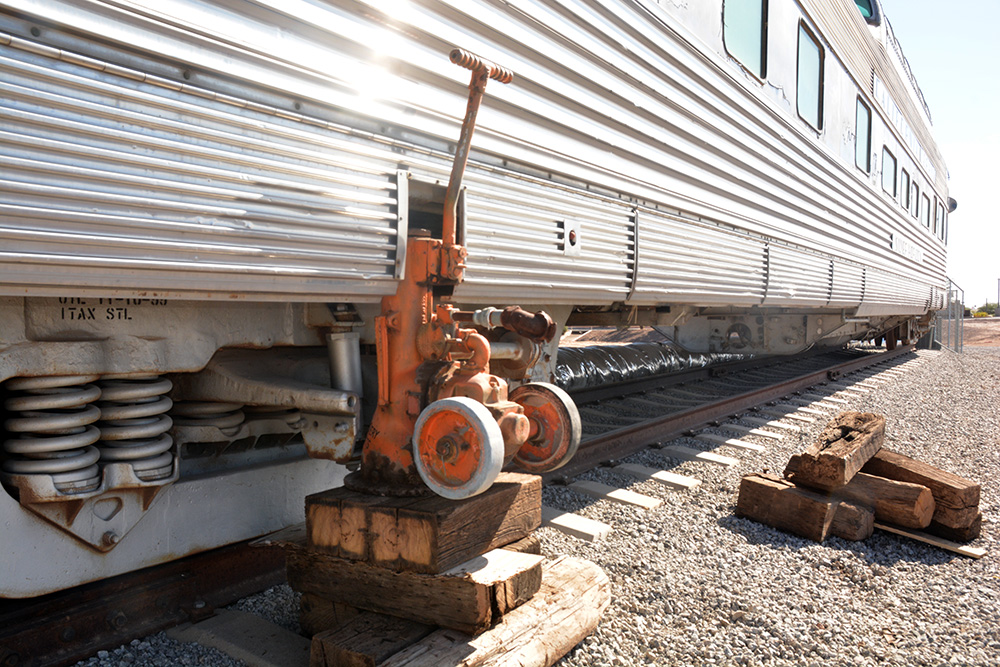 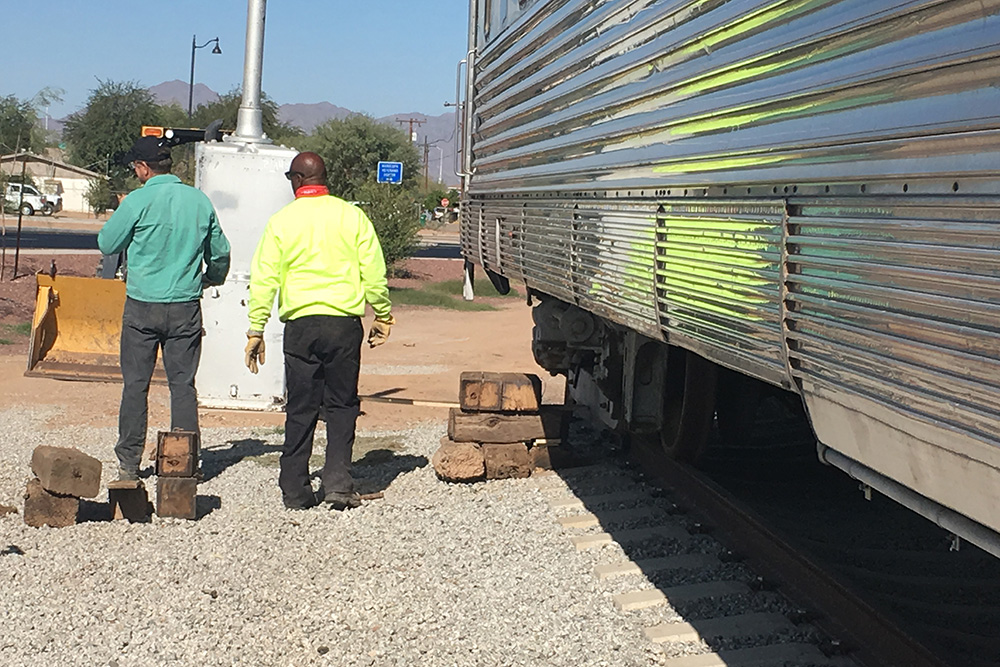 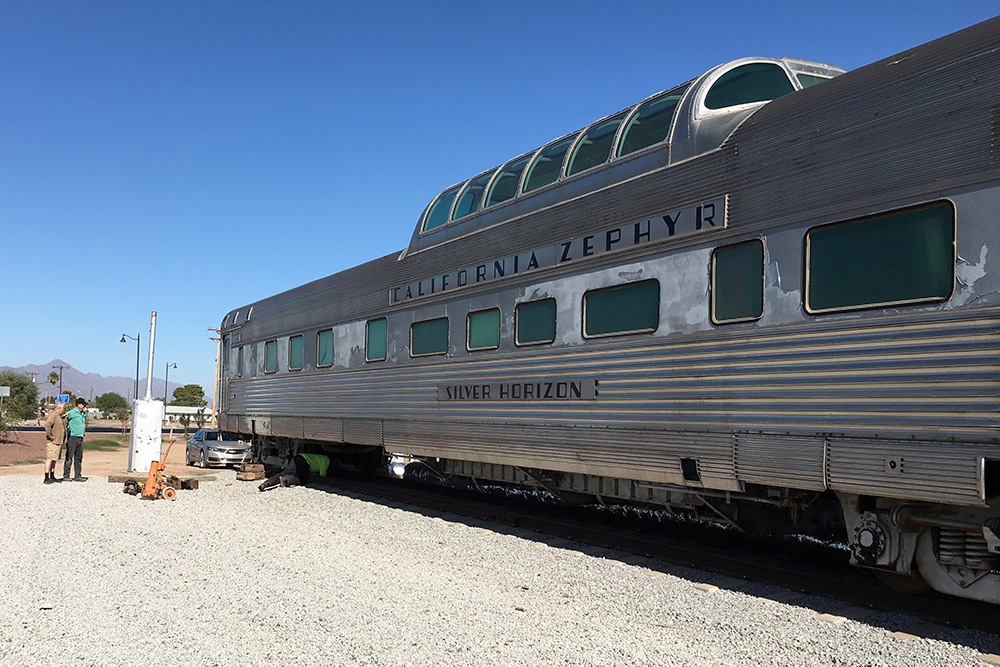 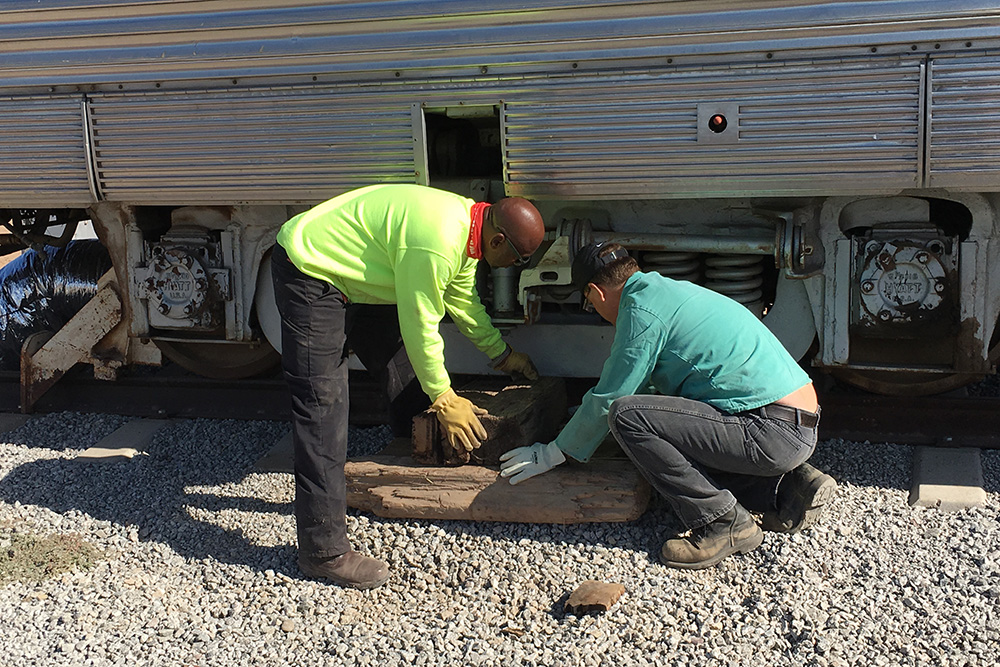 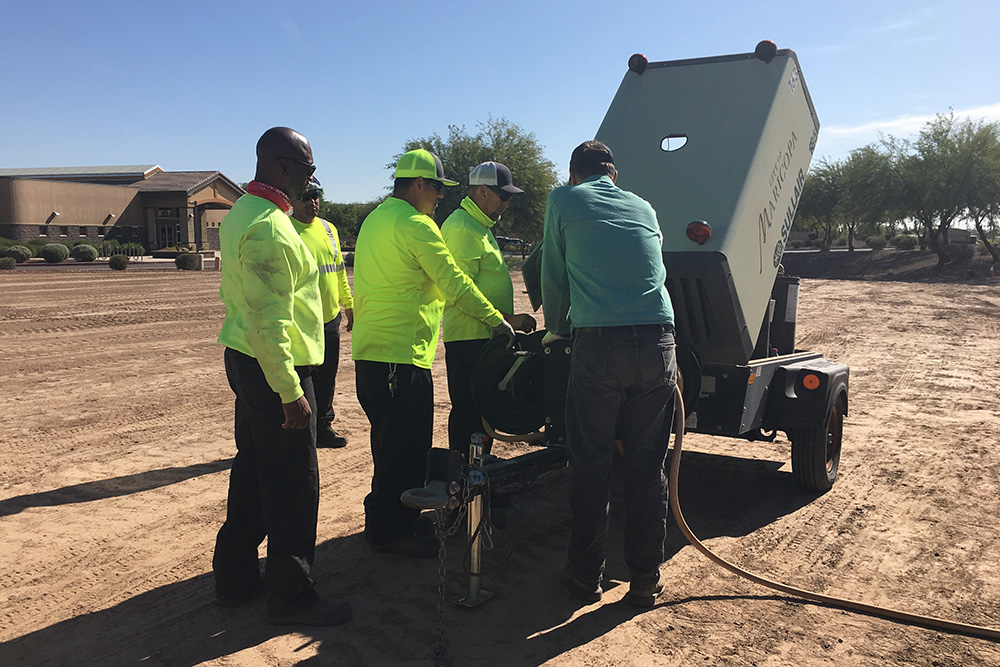 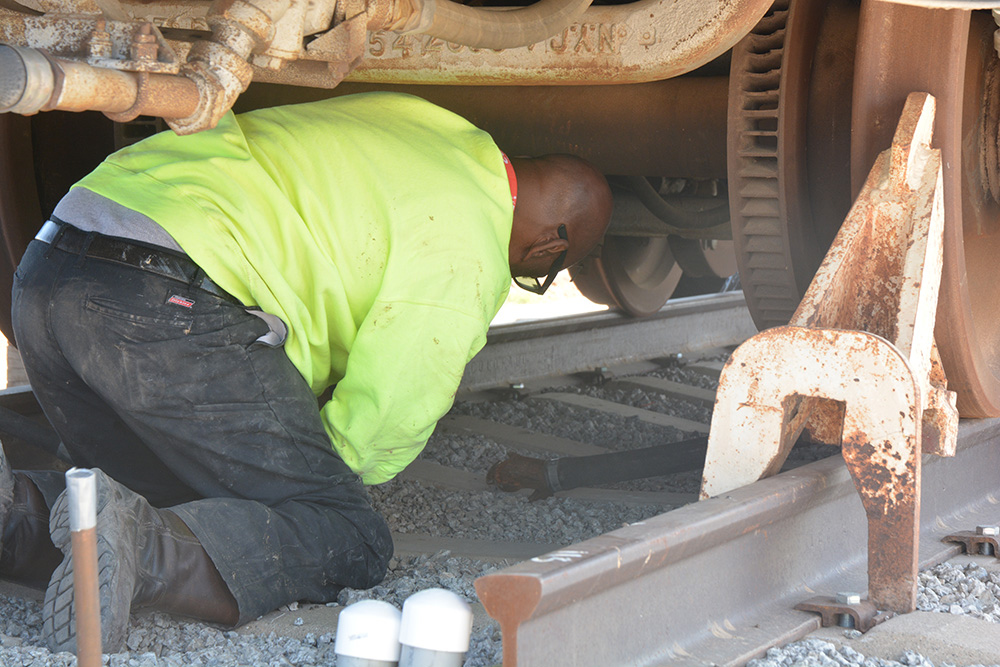