Home Business Business News
Saturday, Walmart stores began limiting the number of customers in a store at one time to 20% of capacity.
In a Friday statement, COO Dacoa Smith said while many customers were following advice of the medical community about social distancing, “we have been concerned to still see some behaviors in our stores that put undue risk on our people.” 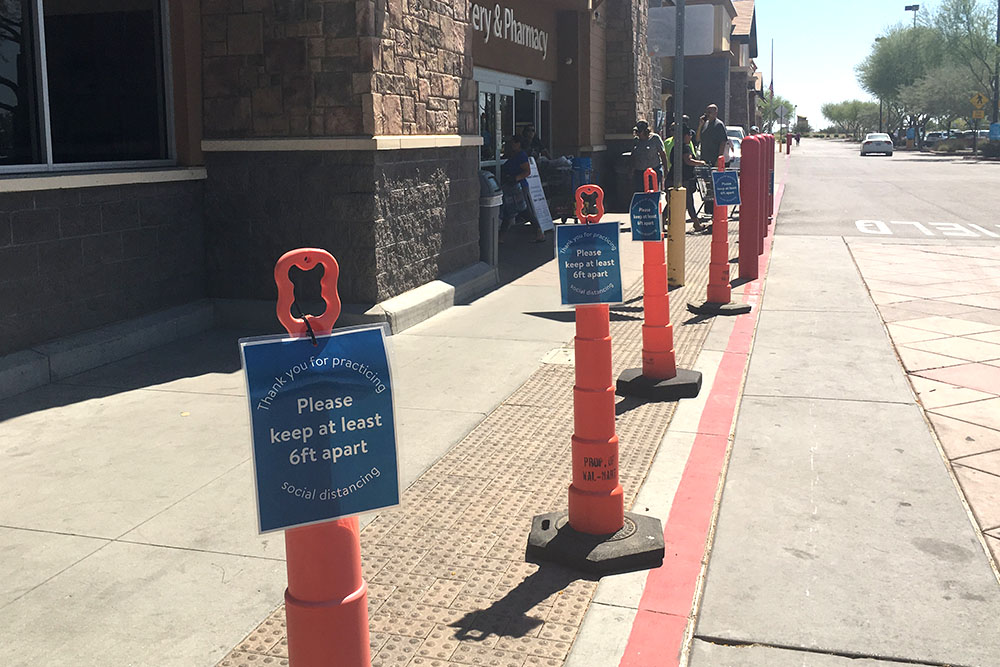 Smith said no more than five customers per 1,000 square feet would be allowed in the store. According to the plan, stores would then operate on the basis of “one out-one in.” That means limiting all entry to a single door where customers will be admitted one by one and counted.
At the Maricopa store, customers can only enter and exit from the “grocery” entrance.
Walmart is also encouraging families to bring the fewest number of people per family necessary to shop, distance themselves from other shoppers while in the aisles and in line. Stores installed sneeze guards and distancing markers.
“We’ll also institute one-way movement through our aisles next week in a number of our stores, using floor markers and direction from associates. We expect this to help more customers avoid coming into close contact with others as they shop,” Smith said. “We’ll continue to put signage inside our stores to remind customers of the need to maintain social distancing – especially in lines. And once customers check out, they will be directed to exit through a different door than they entered, which should help lessen the instances of people closely passing each other.”
While the announcement apparently caused customers to pack Walmart stores Friday ahead of the new limits, Smith said the company’s priorities now are health and safety of customers and employees. 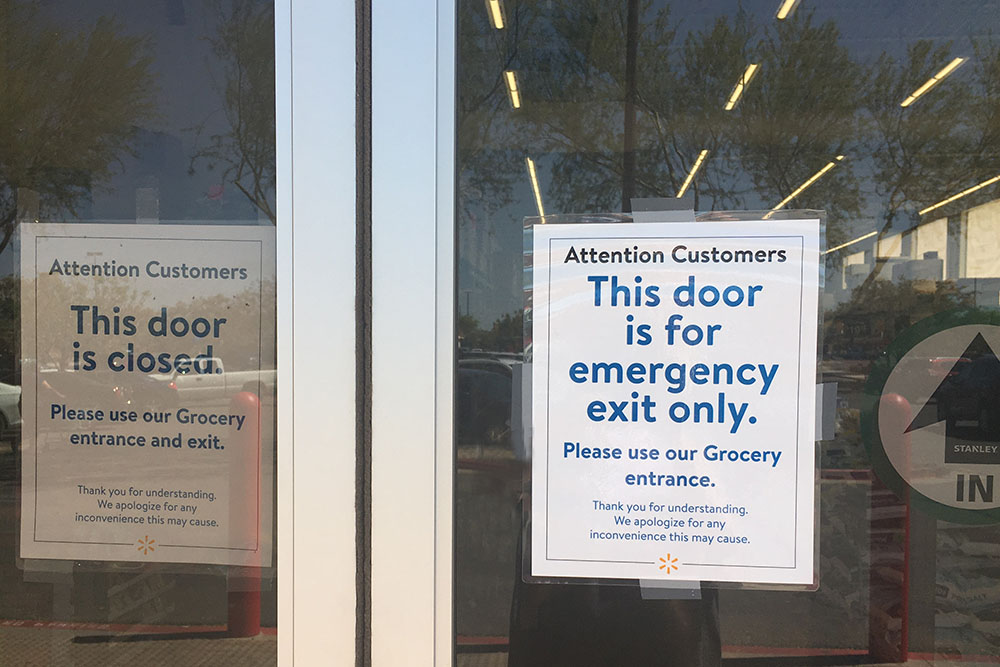