A tight, three-way battle for two slots on the Maricopa City Council General Election ballot is down to two.

Last week, incumbent Vice Mayor Nancy Smith and newcomer Bob Marsh were elected outright to the council by gaining the majority of the ballots cast. With just one open seat left, only two candidates could advance to the runoff in November.

But as the vote count continued through the week, political novice Amber Liermann took a clear lead among those likely to advance. That left incumbent Julia Gusse and challenger Andre LaFond in a nail-biter – with a 15-vote difference between them.

Whoever comes out ahead will face Liermann in the general election.

A final count is expected after 5 p.m. Tuesday.

According to state statute, a vote margin of 10 votes triggers an automatic recount. Officials also need to calculate one-tenth of 1% (0.001) of the total number of votes between the two candidates and, if that number is less than 10, that becomes the new margin. With the current numbers, there would only be a recount if the final margin is less than seven votes.

The only ballots left to count, according to the Pinal County Elections Department, are ballots held aside for “signature curing.” That is resolving issues with voter signatures that did not seem to match signatures on file or were otherwise illegible. Staff contact the voter to check reasons for the seeming disparity.

In the event a recount is necessary, it would be ordered through Superior Court, and the City would shoulder the cost.

A candidate may go to court, however, to contest election results for one of several reasons, including:

Pinal County had a technical issue regarding early ballots, with some Maricopa voters receiving ballots that did not include the mayoral and council races. Those who reported the issue to the Recorder’s Office received a new ballot. 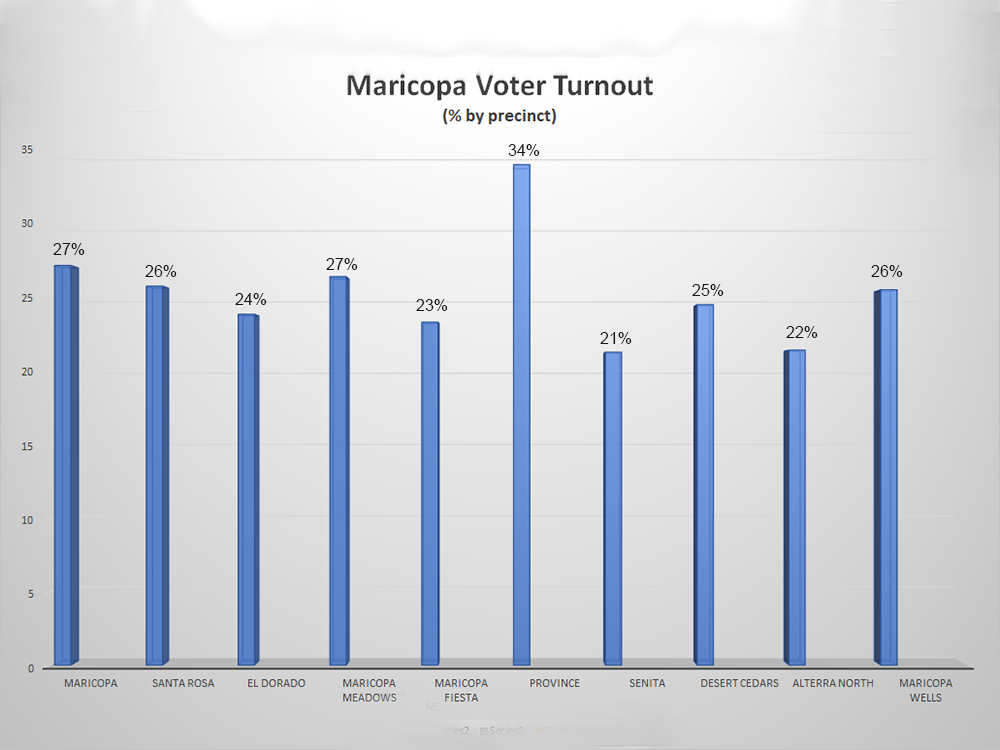