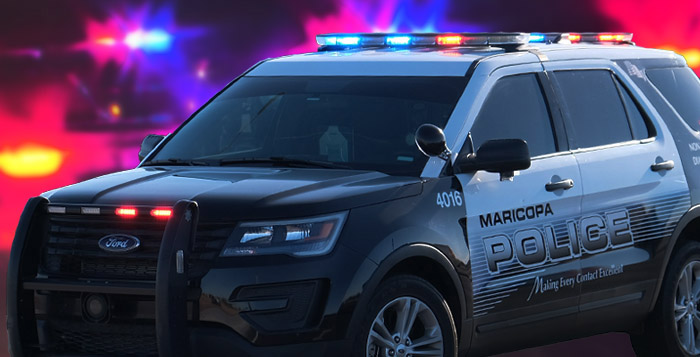 The arrest stemmed from a report March 20 when Maricopa Police responded to call on West Portobello Road on a delayed report of child abuse. The man reporting the abuse stated his girlfriend came home intoxicated March 6, instigating a fight. The woman, later identified as Finch, allegedly kicked and hit the man and two children. The man stated Finch threw multiple items at the children and continued to hit them.

According to reports by police, Finch’s other two biological children, accompanied by their friends, witnessed the altercation. The man provided video recordings from his cellphone of Finch’s actions. Police allege the videos show Finch throwing a bottle of hand sanitizer at one of the kids and hitting the man while he held a child, as well as the child crying as if being struck by Finch.

Some of the children had a forensic interview with officers and confirmed the man’s story and the actions shown in the video footage. Finch allegedly smashed glass items on the floor by throwing them at the family and attempted to pull one of the children to the front door. Finch left the residence during the initial call to the police.

Finch was arrested more than a month later when she eventually returned and was booked at Pinal County Jail.

Letter: Marsh stands above the rest