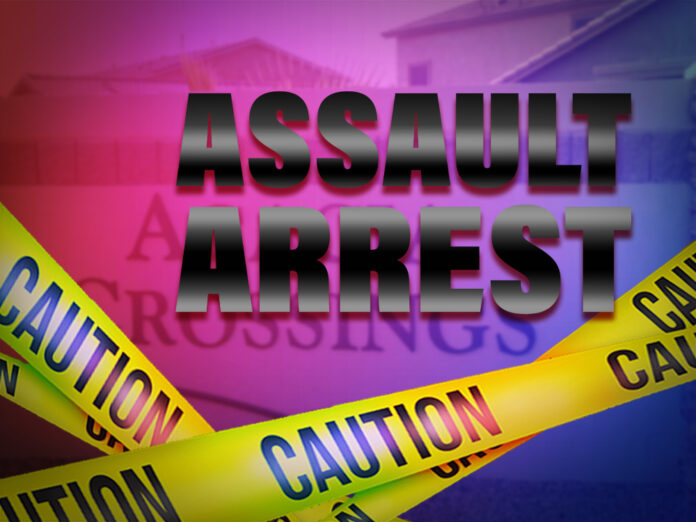 A Maricopa woman was arrested Sunday afternoon after allegedly striking her roommate in the head with a lamp, then using shards of the shattered light bulb to cut his chest.

Rachel S. Fort was charged with aggravated assault and criminal damage in the incident at a residence on Portobello Road in Acacia Crossing, according to police.

At about 3:45 p.m., officers responded to a welfare check at the address after a dispatcher heard a man yelling for help and an ambulance. The man reported a woman was cutting his chest, police said.

On arrival, officers talked to the victim and observed bloody scratch marks above his left and right pecs, according to a police report. The man told officers that his roommate, identified as Fort, allegedly grabbed a night lamp and hit him on the head because he did not want to cuddle, police said.

The victim alleged that when the bulb broke, Fort picked up broken pieces of glass and began cutting his chest, police said. He said he feared for his life, so he called police. Officers said they observed the broken lamp and broken glass in the man’s bedroom. Police said Fort’s mother, who witnessed the incident, gave a similar account.

Fort’s mother said that after Fort cut the roommate’s chest, her daughter allegedly went into the kitchen, grabbed a butcher knife and started to head back to the man’s room, the police report said.

The mother told officers she persuaded her daughter to stay in the kitchen, but that she allegedly stabbed a pantry door with the knife. Officers observed a large hole in the pantry door from the knife mark, police said.

During an interview with police, Fort allegedly admitted to hitting the man on the head with a lamp but denied cutting him or stabbing the pantry door.

If convicted, Fort would face between 7 and 21 years in prison, according to Arizona statute.