Brakes Plus opened its Maricopa store May 9. The store is located at 44510 W Edison Road, near IHOP, WingStop and Planet Fitness.

Though the store is new, the staff is very experienced, including general manager Steve Eggleston.

Eggleston said he’s worked for Brake Plus for the past 18 months but also managed Goodyear stores in Utah for 25 years.

“I moved to Arizona five and a half years ago and managed a Goodyear in Ahwatukee for four and a half years,” Eggleston said. “I’ve been here (in Maricopa) ever since. The company takes care of us and they love their employees and customers.”

Though the new location has only been open two weeks, customers are increasing, Eggleston said.

“Our customer base is growing every day,” he said. “Obviously no one really knows we’re open, yet. We will be having a grand opening soon. It’s just been word of mouth so far.”

Maricopa’s Brakes Plus has six employees, including Eggleston.

“We are here to be honest with people,” Eggleston said. “We want to take care of them. We want to earn their trust. I have a good crew, some guys that have been around a while. I have GM Master Tech of 20 years. I have another Master Tech and a couple other guys who are all well rounded. The two who are younger have been at other stores in the company for two or three years.” 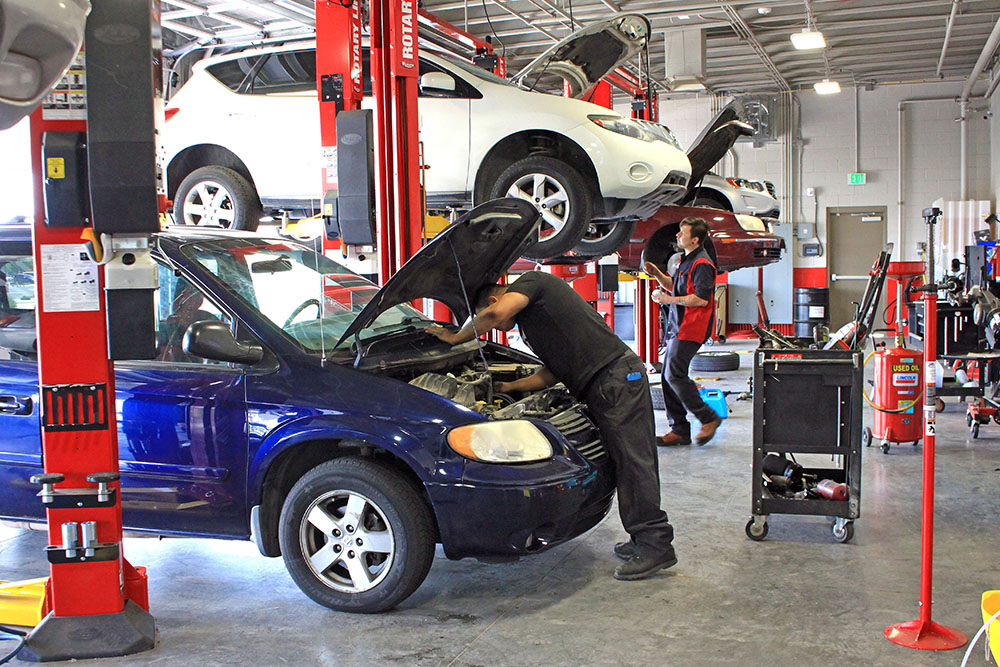 He said Brakes Plus purchased the property for a new building years ago.

“When everything took off again (after the recession) they decided to build down here. I came aboard to run this store. I love it because everything is brand new, down to the pencils,” Eggleston said.

Brakes Plus is a national corporate-owned chain of automotive service and repair stores based out of Denver. The company owns locations in Arizona, Colorado, Wyoming, Texas, Nebraska and Iowa.

In all, the company has 80 stores, according to their latest in-store advertising.

“We just don’t do any tire work,” Eggleston said. 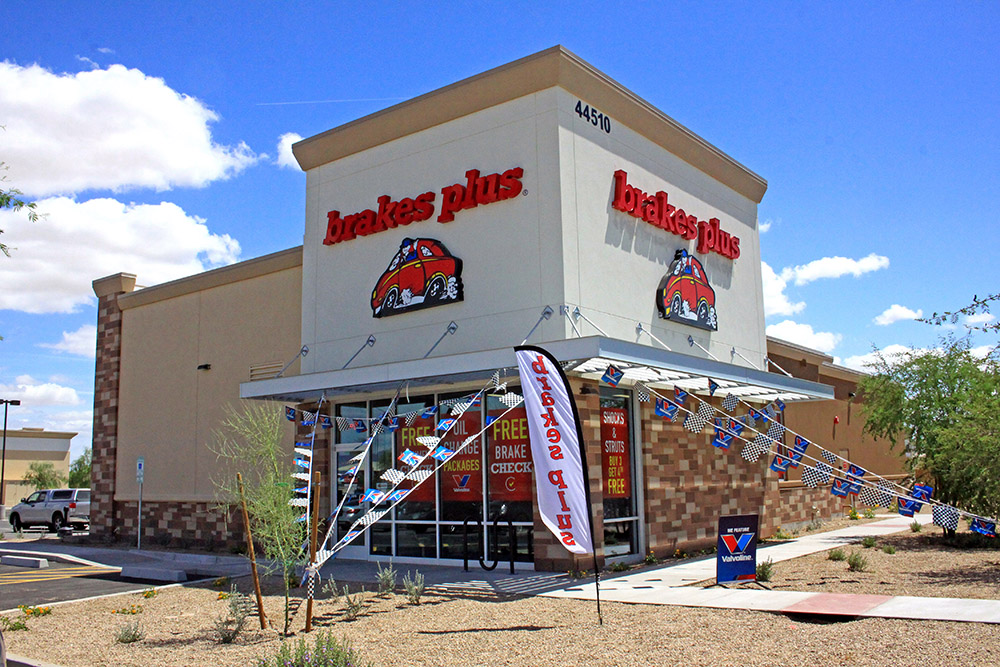