Bowlin Road is a piecemeal roadway through Maricopa, some pieces in high usage while other pieces are nearly ghosts.

This year, sections of it are targeted by City Hall for improvements in the name of safety. The focus is creating a crossing over the Santa Cruz Wash.

According to City documents, a raised crossing would “increase vehicular connectivity, improve response times of the fire department and provide relief to congestion on Honeycutt Road.”

Joshua Plumb, engineering and floodplain manager for the City, said a crossing would be high enough to combat seasonal flooding of the wash. “Enough to allow most of the flows we see through there to pass without overtopping,” he said. “It’s going to create that connection that right now is pretty much impassible.”

It’s not just about floodwater. As used to be the case on roads crossing the Santa Rosa Wash, the dirt portion of Bowlin is a bit of a rollercoaster across the Santa Cruz even in dry weather.

“The wash crossing itself is too steep to pass anyhow,” Plumb said. “In a four-wheel-drive jeep you might be able to pass, but in a standard sedan you could not. And, certainly, emergency vehicles aren’t making it through there.”

A sedan is not exactly comfortable on even the “flat” stretch of dirt road between City Hall and Rancho Mirage. The long-range Area Transportation Plan sees a four-lane arterial by 2030.

The timeline for paving the dirt portion of Bowlin from east of the White & Parker intersection to the wash will be driven by development. City Hall does not have a schedule for that improvement. Plumb said there will be a temporary surface treatment to get traffic from pavement to pavement in the interim.

The wash crossing is considered a first step and a necessity. 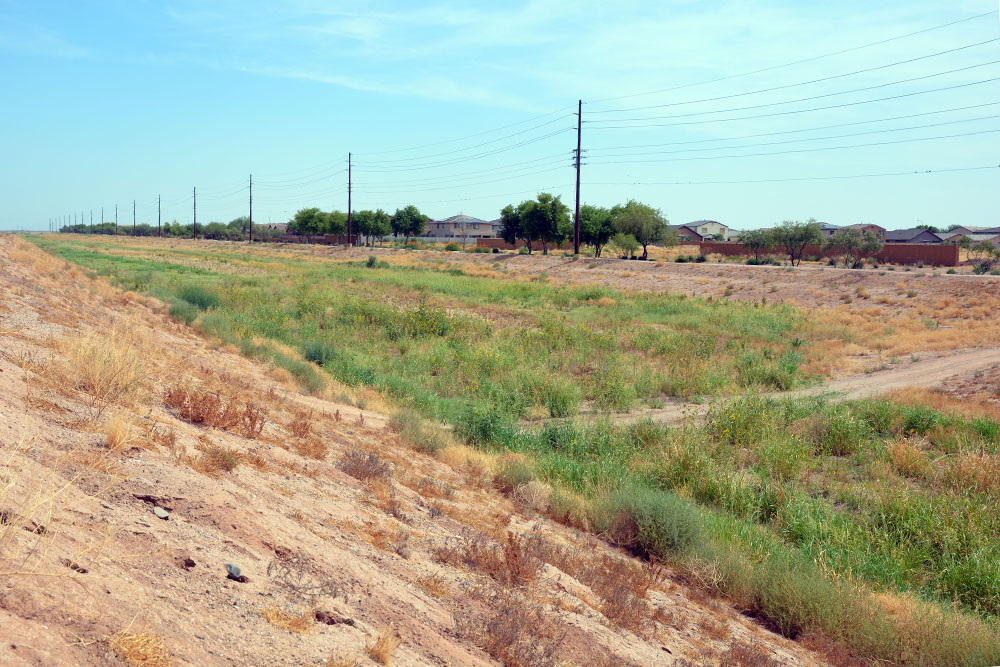 “Right now, we have east-west connectivity up at Honeycutt, and then you have to go all the way down to Maricopa-Casa Grande Highway, which is the next non-dirt road,” Plumb said. “And then Farrell is there for dirt passage when the weather’s good.”

Because of that situation, many commuters in Rancho Mirage, Sorrento and Tortosa subdivisions use Honeycutt Road, causing traffic backup at White & Parker. It becomes even more dangerous when fire trucks need to reach the site of an emergency and must drive miles around.

A four-lane, paved portion of Bowlin already runs from Hartman Road on the east end to Anthony Boulevard on the west, separating Rancho Mirage from Sorrento and passing Fire Station 572 and the Global Water well along the way.

The capital improvement plan anticipates an opportunity for grant funding for phases of Bowlin Road.