City Council gave the go-ahead for more multi-family housing on Tuesday, as it unanimously approved three measures that will move forward a townhouse project adjacent to Estrella Gin Business Park.

Elevations submitted by the developer call for five three-story buildings of about 40 feet in height with a mix of one-, two- and three-bedroom units.

Two acres of the site will be carved out as one-acre parcels to be rezoned as neighborhood commercial to allow development of commercial pads, which are planned to house at least one business with a drive-through window.

Community amenities will include a clubhouse, pool area, greenbelt, walking paths throughout the site and enclosed parking garages. There will be 399 onsite parking spaces.

The city has long touted the need for multi-family housing and commissioned a study, which shows it needs 25% of its housing to be multi-family. Currently, there are more than 22,000 single-family homes in Maricopa, meaning the city needs 6,253 multi-family units to reach that benchmark.

There are more than 70,000 single-family homes entitled in Maricopa’s planning area, which would call for about 18,000 multi-family units to satisfy that 25% the study recommends.

“But to think that all that is going to happen before the people get here, it’s not happening,” Manfredi continued. “You’re not going to open up a store and hope people move to an area.”

He cited what happened to several major retailers who bet on growth in Casa Grande and lost in the Promenade project.

“The Promenade is basically empty,” Manfredi said. “That’s why Target is no longer there, Sam’s Club is no longer there, Best Buy is no longer there as well Foot Locker and so many other stores that opened there in anticipation of the growth, and it didn’t happen. Commercial development follows rooftops, not the other way around. We need multi-family housing for the growth we want as a city.”

Smith cited the danger of a bill passing similar to one introduced in the Arizona Legislature last year, in which the state would assume zoning control from cities. See: State house bill would strip local zoning authority – InMaricopa

“Every community in the metro area, probably every community in the state of Arizona, is behind on multi-family development. They’re behind,” Smith said. “And that is why the state Legislature is looking to take control of zoning. And then, if they do take control, they get to pick what goes where, how much housing you put in, what it looks like – and we do not want that to happen. No community within the metro area…wants that to happen.

“So, the challenge is to stay on top of it, so we continue to win the argument that local control is the way this needs to go so we determine what goes where, what it looks like, and we have control of our destiny. In order to have economic development you have to have people who can work there, and you have to have housing they can afford.” 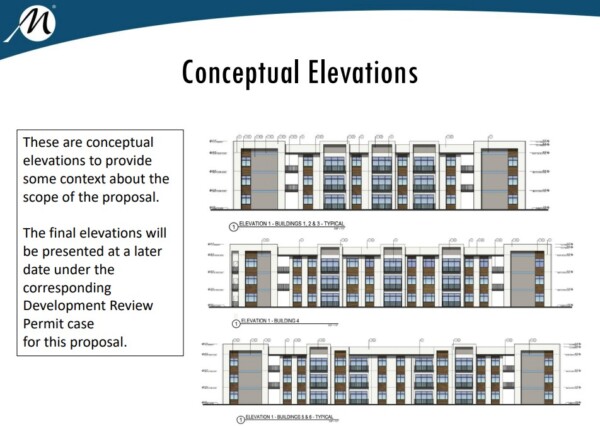