For Domestic Violence Awareness Month, Pinal County Attorney Kent Volkmer and the Maricopa Police Department hosted a kick-off event for the community. The presentations are aimed to help people learn and talk about domestic violence in society.

Events included the donation of $5,000 to the Maricopa Family Advocacy Center, a statistical portion on domestic violence, and a play performed on the subject as well.

“The play was actually written by the family of a lady who was in a domestic-violence relationship that ultimately took her life,” Volkmer explained.

The play is put on by an organization called “Fix the Hurt.” It is a production company founded by John and Linda King, who used to act in the play they created titled, “23 Bruises.” The play is based on the true events leading up to the death of John and Linda’s daughter. After the performance concluded, Linda King opened up the floor to a Q&A segment with the cast and crew. 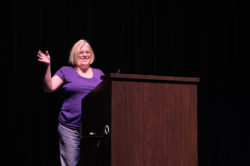 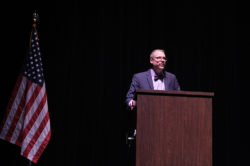 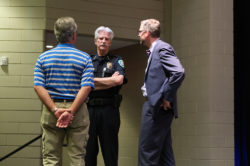 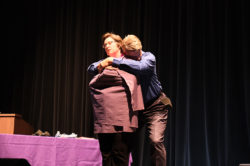 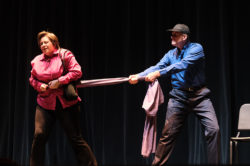 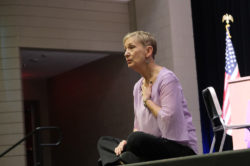 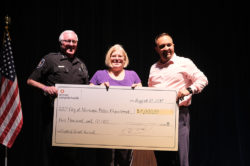 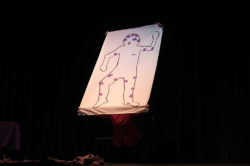