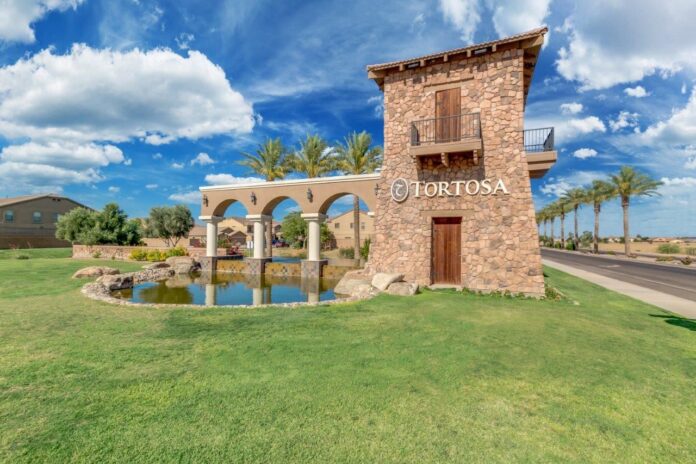 The developer of Tortosa is looking to add homes to the Trails at Tortosa subdivision.

Century Communities has submitted pre-application paperwork to add an unspecified number of 35 and 40-foot-wide homes on lots of 50 to 60 feet wide lots at the southeast Maricopa community.

Century says in its pre-application narrative that, “Century Communities housing product series’ have been designed to foster the overall vision of the City’s residential design standards while also emphasizing style, design, quality, livability and neighborhood compatibility.”

The application is specific to Century’s 35/40 Series of homes, which consists of 10 floor plans ranging from 1,585 to 2,840 square feet. Five of the plans are single-story and five plans are two-story, and there are four building elevations proposed for these floor plans: Spanish, Craftsman, Farmhouse, and Modern Prairie.

Century’s pre-application says, “Each elevation theme is designed to accurately reflect the design elements of the theme, including body and trim colors, veneers, roof tiles, and ornamental accents. All elevation themes also feature theme specific garage door designs.” The developer says the availability of 10 different home plans will provide a diverse streetscape in the neighborhood.