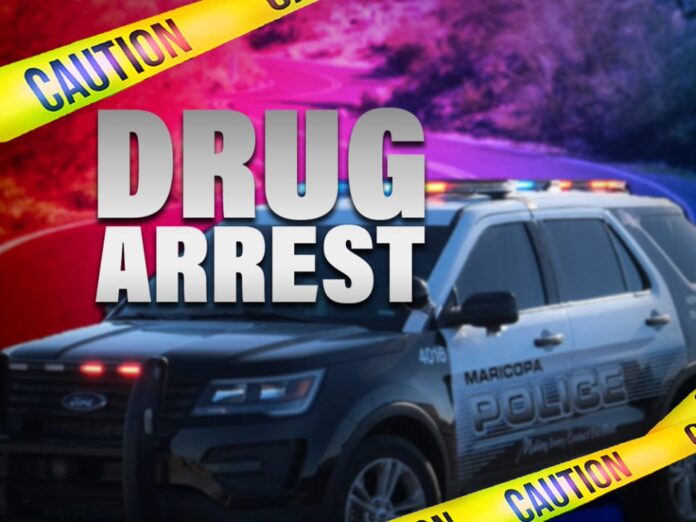 A traffic stop early Wednesday morning led police to the arrest of a woman for alleged illegal possession of several drugs.

Officers said they stopped a gold Ford Expedition missing a license plate at 12:24 a.m. at State Route 347 and West Honeycutt Avenue. When officers removed Felix from the vehicle, she could not provide a driver’s license or any form of identification, according to a probable cause statement. She also could not provide vehicle registration or proof of insurance on the vehicle.

A records check on Felix showed she had no driver’s license and only an Arizona identification card, police said. She allegedly told officers she never had a driver’s license in another state.

While officers checked the vehicle’s VIN number, three round blue pills were observed on the driver’s seat, which they identified as “counterfeit pills made with fentanyl,” the probable cause statement said. The pills, commonly known as Perc 30, are a 30-milligram dose of Percocet, a brand name for the painkiller oxycodone, it noted.

A corresponding search of the vehicle revealed 117 Perc 30 pills, with 100 of them in individual packages; .6 grams of a white powder that allegedly tested positive for cocaine; and two rectangular pills Felix told police were Xanax, according to the probable cause statement.

Felix was booked into Pinal County Jail, where she remained as of noon Wednesday, according to online records. No further information was available.