The campus in Maricopa will be the fourth Heritage Academy to open in Arizona. The company has charter schools open in Laveen, Mesa and Queen Creek.

“Heritage Academy was the fourth charter issued in the state of Arizona in the very first year,” said Jared Taylor, chairman of the Heritage board and CEO. “We were one school for many years. We had so many people asking us to build in other places, and we always said no. We were happy just being one little school in downtown Mesa.”

He said when people started standing in line at 2 a.m. to enroll their children in the charter school, the Heritage board decided to rethink the idea of opening additional locations. Heritage opened locationa in Queen Creek and Laveen five years ago.

Taylor said he was approached by some Maricopa parents, especially Sarah Morgan, telling him there was a need in the city as many charter schools had a long waiting list to enroll.

“They said, ‘Will you?’ and I said, ‘No.’ I don’t have any more hair to lose and I can’t go anymore gray,” Taylor joked.  “It was actually a great fit and we are excited to be here.”

Taylor said the $16 million investment in the Maricopa school will come in two phases, with $13.3 million for the opening phase in the first year followed by a $3.3 million phase a couple years after enrollment grows. A school auditorium is planned in the second phase. He said the school is expected to be completed and operational by July.

“We love the families and we’ve been doing this from the very first year of charter schools. We know what we’re doing. We don’t have to be all things to all people. We just specialize with junior high and high school. Here, we are opening grades 6 through 10 the first year. The next year we will open grade 11 and then 12,” Taylor said.

Kimberly Ellsworth will be moving to Maricopa to be the Maricopa school’s first principal. She started at Heritage Academy as a junior high English teacher in 1999. She later worked as a teacher and assistant principal with other schools in the valley and returned to Heritage Academy in 2014 as the founding principal for the Laveen campus.

“We did start the Laveen campus five years ago,” Ellsworth said. “It is quite a process. They have already replaced me in Laveen, and I started working for Maricopa as the principal in January. It is a huge project. We’re starting something new – to me that is the exciting part. We can build exactly what we want. We can train the kids from the very beginning.”

Ellsworth said the first day of school on the Maricopa campus is July 24.

“I think we can do it, maybe a month sooner,” she said. “We are still looking for students. I feel like this school is the best you will ever find.”

“This school is a great addition to the community,” Price said. “Anytime we can add quality institutions of learning to our community and give people a choice, I think it’s an excellent thing. It helps us raise the bar for our attraction of businesses, headquarters and retailers that want to come to our community. We are generating the qualified workforce that needs to be here. For a wonderful A+ school to come to the community – that’s only a valuable addition.”

To find out more about Heritage Academy visit their webpage at heritageacademyaz.com.

“We still have 10 teaching positions to fill. We will probably start with 25 new jobs in the community. Many of them are local. With some of them, they live in Maricopa but working outside of Maricopa. It is fun to bring them back. If people are interested in the jobs here, go to our website to see what openings we have,” Taylor said, adding families interested in enrolling their children in the academy are welcome to tour one of their existing schools. 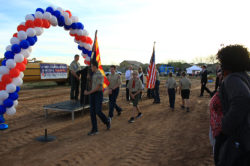 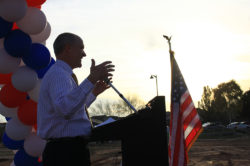 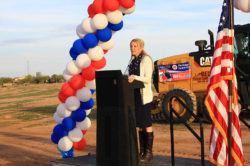 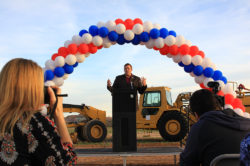 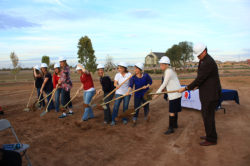 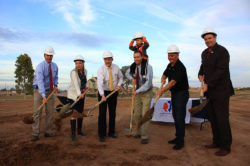