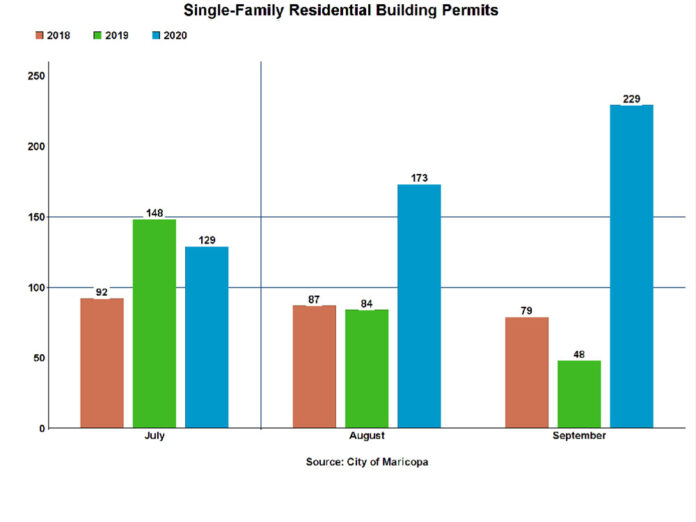 It’s been more than a decade since Maricopa saw the number of new home-building permits it racked up in September.

The total of 229 was due to builders coming into several subdivisions, with D.R. Horton leading the way. While topping 200 is an impressive feat and a sign of the housing comeback for Maricopa, it puts into perspective the city’s construction heyday.

“Since incorporation, Maricopa has seen ups and downs when it comes to the permitting and building of single-family homes,” said Nathan Steele, director of Economic and Community Development. “At the height of this was in 2004-2005.”

During the recession that hit in late 2008, however, home building nearly dried up. During some months in 2011, home-building permits were down to single digits, even as low as three.

The gradual revival started in 2012. The growth has become much more dramatic this year as subdivisions quiet for years began to fill in again. The demand for permits led to three three-digit months in a row this summer.

According to city data, that adds up to $62 million in residential property value and more than 630,000 square feet of single-family residential permits issued in September.

“It’s not at 2005 numbers,” Steele said, “but the trend is definitely pointed that way.” 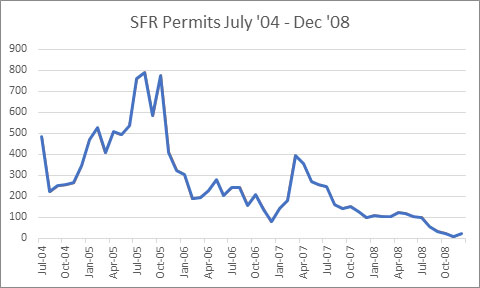 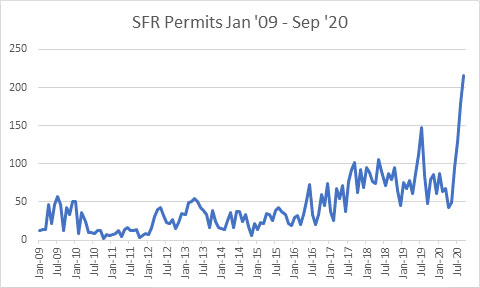